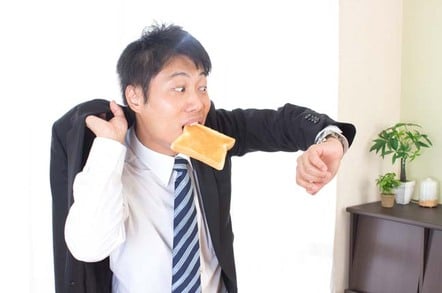 Her Majesty's Revenue and Customs (HMRC), the UK tax collector, has issued a winding-up order against tech services outfit Getronics over unpaid VAT, an issue the company said will be "resolved today".

The petition to wind up the company was filed by "creditor" HMRC on 2 September, and made public on 20 September in government journal The London Gazette. The case is to be "heard at the High Court" in mid-October.

Getronics, founded 1887 in Amsterdam, the Netherlands, has been through significant change in recent times, with the European and Asia-Pacific ops offloaded by KPN to Aurelius in 2012 and then onto Bottega InvestCo in 2017 for €220m, aided by financiers White Oak and Permira.

Since then, Getronics – which delivers security, cloud and applications integration services to eight industries including finance, government and retail – has made buys of its own: it snaffled US-based managed service provider Pomeroy and ITS Overlap in France last year.

The company told us today, via a statement, that it had in the "past few months, been refining and restructuring its business model following a couple of significant acquisitions".

It added: "This eventually has caused some operational issues in certain jurisdictions, including the UK, which we are promptly addressing. The recent petition is a situation that is being resolved today."

HMRC used to be keener to lob petitions to wind up companies over unpaid debts because it was a preferential creditor and thus one of the first to be paid if a company went belly-up.

That is no longer the case, which makes this last resort with Getronics all the more interesting. One senior source at a rival service provider told us he'd received CVs from a bunch of sales folk at Getronics who are looking to leave the company because their commission plan had been "throttled".

Sources told us that some suppliers had put Getronics on hold since the winding-up petition was issued because if the business did fall into receivership, the administrator - as a preferential creditor - could demand any cash payments made by Getronics to vendors or distributors.

Getronics CEO on HMRC winding-up petition: An 'embarrassing' blip with cash in the wrong places

Time for some of you to be in India

Relief in the air?