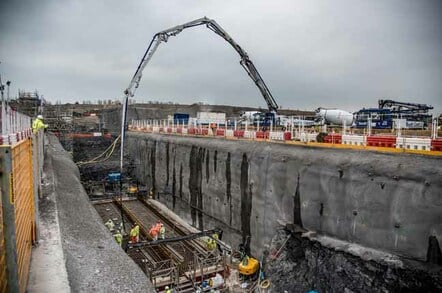 Hinkley Point nuclear power station in Somerset, southwest England, will cost about £2bn more to build than previous estimates and will miss its deadline for completion.

Energy firm EDF released an update this morning that warns of an overspend of between £1.9bn and £2.9bn, putting total costs for the project at between £21.5bn and £22.5bn.

Originally meant to be powering our ovens to cook the Christmas turkey in 2017, Hinkley Point C Unit 1 is now expected to starting feeding the National Grid in 2025.

EDF, which is building the 3.2 gigawatt plant with China General Nuclear Power Group, still expects to make a project rate return of between 7.6 per cent and 7.8 per cent on its investment.

The UK government has promised to pay EDF a fixed fee, subject to annual increases, of £92.50 (in 2012 prices) per megawatt-hour for 35 years.

The National Audit Office warned two years ago that the government had subjected the country to a "risky deal in a changing energy marketplace".

As costs for other low-carbon energy sources continue to fall, the terms of the deal look even worse. Wholesale prices can fluctuate wildly but are currently in the region of £40 per megawatt-hour. ®

Sorry, Theresa May. Graphene and 'space' are not Britain's industrial future

More an event than a means of power transport

Britain is sending a huge nuclear waste shipment to America. Why?

Clue: It's nothing to do with terrorism, even though that's what UK.gov wants you to think

They're turning down MULTI-MILLION pound contracts...