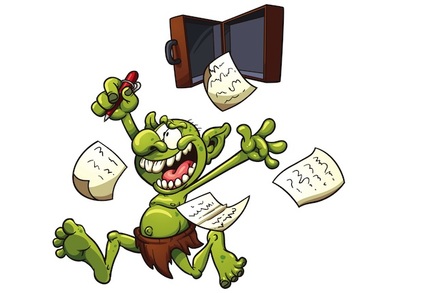 The GNOME Foundation, maker of the eponymous Linux desktop, has been hit with a sueball over how its Shotwell photo manager, er, manages photos.

The plaintiff, Rothschild Patent Imaging LLC, has alleged in a complaint filed at the United States District Court Northern California that defendant, GNOME Foundation, has infringed its patent for a "Wireless image distribution system and method".

The patent, 9,936,086, filed at the US Patent and Trademark Office on 2 June 2017, is dated 3 April 2018 and, in a nutshell, is concerned with flinging digital photos from one device to another wirelessly.

Rothschild, which has a virtual office in Texas, has been busy with its new toy and has also slapped Magix with a complaint regarding the same patent. In Magix's case, it is the company's Photo Manager that has attracted the ire of Rothschild's lawyers.

Unlike Magix, GNOME is a non-profit outfit. The Foundation's Executive Director, Neil McGovern, described the suit as "baseless" and said that the organisation would "vigorously defend against" it.

Unsurprisingly, McGovern went on to say that there would be no further comments, although we can imagine the lively shade of blue the air has turned within GNOME towers.

The patent itself is quite the broad beast, comprising hardware and, importantly in the case of GNOME (or rather, Shotwell,) a method that involves capturing a bunch of images, filtering them based on a topic, theme or individual, and wirelessly transmitting the filtered images to another device.

Rothschild Patent Imaging LLC is connected to Leigh Rothschild, who has fired off a good few complaints over the years, targeting the likes of Sony and Walt Disney with other patents. As well as Magix and GNOME, Cyberlink's FaceMe platform has also been on the receiving end of a complaint regarding that pesky patent 9,936,086.

While the GNOME Foundation is a not-for-profit organisation, it may have some cash in the bank. A glance at its published figures (PDF) for 2018 show that it notched up an income of over $1m, with expenses of $366k.