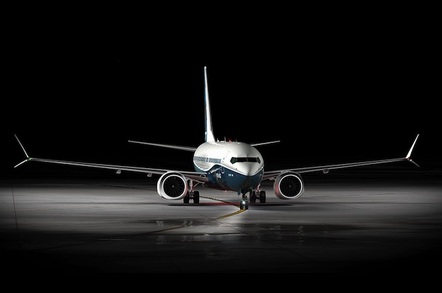 A letter published by the US Office of the Special Counsel (OSC) claims that the FAA had contradicted itself in statements it made about air safety inspectors’ (ASIs’) qualifications and their competence to sign off crucial Boeing 737 Max training standards and materials.

Potentially, a whistleblower told the OSC – essentially a federal watchdog – 11 out of 17 ASIs working for the FAA’s Seattle-based Air Evaluation Group either did not have the right classroom training or the required on-the-job training to perform their duties correctly.

The allegations will pour fuel on the fire burning under Boeing’s 737 Max and its controversial MCAS software system, which was sneakily included in the new airliner in such a way that it could take control from the pilots in a way which wasn’t obvious to them to avoid a stall.

Two 737 Maxes have crashed since their introduction to airline service around a year ago, killing 346 people. Both crashes were linked to the MCAS and the aircraft has been grounded worldwide while Boeing redesigns the controversial system.

In the US aircraft certification world, ASIs form Flight Standardisation Boards (FSBs) for new types of aircraft or significant variations in existing designs – such as Boeing’s modification of its 737 Next Generation into the 737 Max series.

FSBs sign off the most critical part of training for pilots intending to fly these complex aircraft: the type rating. Type ratings are a design-specific form of licence to operate that type of aircraft. A pilot with a Boeing 737-400 type rating may not fly a Boeing 737-800 until he has been type rated on the other aircraft and vice versa.

The ASIs who sat on the FSB for the 737 Max and the Gulfstream VII business jet, alleged the OSC’s whistleblower, hadn’t completed classroom training and on-the-job training as required by the FAA’s rules.

“The unqualified inspectors at issue in this matter administered hundreds of certifications, known as check rides, that qualified pilots to operate new or modified passenger aircraft”, said the OSC in a letter (PDF) addressed to US President Donald Trump.

Moreover, the OSC also alleged that the FAA misled the US Congress about its inspectors’ qualifications and competence when that body was investigating similar reports in April. The FAA was said to have specifically denied that its ASIs working on the 737 Max weren’t properly qualified.

“This information specifically concerns the 737 Max and casts serious doubt on the FAA’s public statements regarding the competency of agency inspectors who approved pilot qualifications for this aircraft,” thundered the OSC.

As the world knows, the Boeing-approved training courses for the 737 Max didn’t prevent either crash even though in the second one, the pilots were following what their training had taught them.

In its last financial results Boeing said it had taken a $5.6bn charge over the grounding of the 737 and its subsequent lack of orders for the aircraft. ®