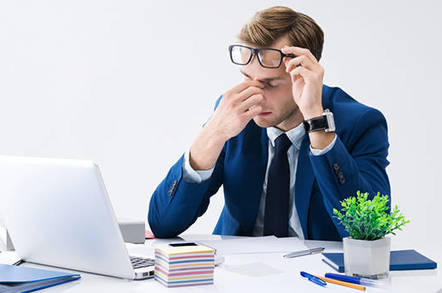 Microsoft last night loaded up the confus-o-canon once more with updates for those more cautious Windows Insiders in the Release Preview ring.

The next update of Windows 10, aka 19H2, is due to land as a cumulative update rather than the Full Monty of last year. Our best guess is that it will drop in October, and this release, which brings those testers in Release Preview for 19H2 into line with those in the Slow Ring, indicates the gang is pretty much "there".

As for who will get what... well, are you sitting comfortably? Then we'll begin.

The key part of the update is that it contains all the bits currently enjoyed by the Slow Ring of the Insider Program, so Release Preview insiders on 19H2, which previously didn't contain all the toys, will now be able to partake, as part of build 18363.385. If you stayed on 19H1 in the Release Preview Ring (aka Build 18362.329), then you'll be getting build 18362.385, which means you'll stay on 19H1.

That is, unless you're part of the lucky 10 per cent in the Release Preview ring who will get 19H2 automatically.

Hmmm. That clears everything up, right? (It doesn't.)

So that you don't have to, The Register upgraded a Windows 10 Insider machine from 18362.329 to 1909 via Windows Update. 18363.385 was installed and those 19H2 (or 1909) features appeared, as promised, including creating calendar events, improvements to the Notification Center and updates to Search.

We looked at the content of 19H2 back at the beginning of September and found quite a bit to like, even if the odd splitting of the Release Preview Ring into two sub-rings (for 19H1 and 19H2) left us a little baffled.

That bafflement has continued as Windows 10 19H2/1909/October 2019 Update gets closer to release.

We can but hope, for the sake of all those unpaid testers in the Windows Insider programme, that Microsoft takes a good, long look at the organisation before its volunteers are left despairing. ®