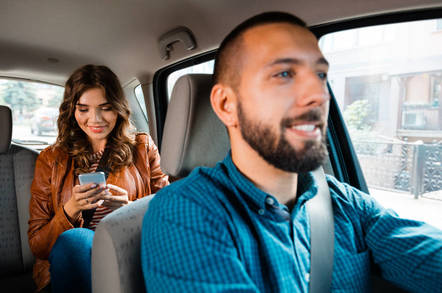 Transport for London has granted Uber a two-month licence to continue running services in the capital while it proves it is a fit and proper operator – but it must comply with extra conditions.

TfL removed Uber's licence in 2017 but the minicab disruptor got a 15 month stay of execution which was due to expire at midnight tomorrow.

That left the regulator with the option to grant it a five-year licence, ban it from the capital or offer it a limited licence. Granting it a mere two months is hardly a vote of confidence.

For the next two months Uber must continue to maintain contacts with the Metropolitan Police to deal with passenger complaints which may involve crimes being committed. It must also continue with all the other requirements originally agreed to.

Uber must also carry out additional robust document checks on its drivers and ensure adequate insurance and training for drivers to cover ride sharing.

A TfL spokesperson told The Reg: "Since the original decision we have seen an improvement in Uber's culture and corporate governance. We are asking for additional information to inform any future licensing decision."

TfL removed Uber's licence in 2017 on grounds that it was not a "fit and proper person" to run a minicab firm – possibly the greatest insult ever uttered.

Uber also made a bungled attempt to cover up the loss of millions of customers’ private data by paying the hacker $100,000 to keep schtum.

In its first quarter since going public, ended 31 March, Uber made a loss of over $1bn on revenues of $3bn, and in Q2 ended 30 June, it lost a breathtaking $5.4bn on revenues of $3.1bn (mostly chalked up to $3.9bn stock compo related to the IPO - and the comparatively measly $298m it tossed to its millions of Uber drivers). ®