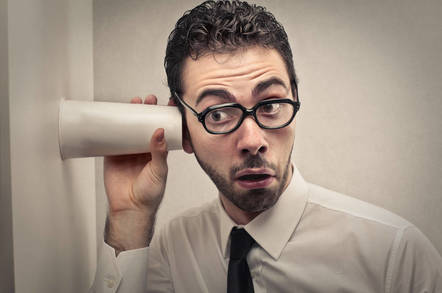 Google has laid out what is and isn't recorded when you use your voice to operate its Assistant app, and tweaked some of its preference settings labels to be more upfront about what happens to your audio data. It also said sorry – again.

A blog post today from Google Assistant senior product manager Nino Tasca, headed Doing more to protect your privacy with the Assistant, outlines the new policy for what happens when you utter the words "Hey Google".

But first, that apology.

"Recently we've heard concerns about our process in which language experts can listen to and transcribe audio data from the Google Assistant to help improve speech technology for different languages. It's clear that we fell short of our high standards in making it easy for you to understand how your data is used, and we apologize."

Strictly speaking, what people were concerned about wasn't that human language experts (rather than, say, magic AI and fairy dust) improved voice recognition by routinely studying sample audio retained from Assistant users, but that they were unaware that such a thing was taking place at all. So Google's apology is spot on: it is not saying sorry for listening in. It is apologising for not telling you that it is.

Besides, continues the wriggling apology, "audio snippets are never associated with any user accounts and language experts only listen to a small set of queries (around 0.2 percent)". That Dutch language dude had no idea who they were listening to, so that's OK, right?

Except, of course, if you visit your personal Your data in the Assistant page, you will find all your spoken Assistant requests timed, dated, transcribed and absolutely associated with your account. How the audio and its metadata are separated before being forwarded to the language experts remains a secret known only to Google. All it will say is: "Going forward, we're adding greater security protections to this process, including an extra layer of privacy filters."

Tasca said audio recordings of your spoken Assistant requests are not retained by default and claims they never were. Audio retention only happens if you enable the Voice & Audio Activity (VAA) setting, which most users probably agreed to because Google recommended switching it on in order "to help improve speech technology".

This remains the case even now. If you don't want Google to record what you say, disable VAA. All that's changed is that Google is admitting it. For new users setting up Assistant for the first time, the VAA setting will be better labelled so that they are aware "human reviewers may listen to your audio snippets". Existing users with VAA already enabled will be prompted on their next use to confirm or disable the setting.

Even if you opt into VAA, Tasca said Google will change audio retention policy later this year so that recordings associated with your account will be automatically deleted as soon as they are "older than a few months".

Importantly, the company is also promising to make changes to allow you to adjust the sensitivity of Assistant devices to noises that sound like "Hey Google". This will mean fewer unintentional activations and therefore fewer instances of Google listening to and recording what you say without you asking or even being aware of it.

See? Google does listen to its users. As does Amazon and Apple. ®