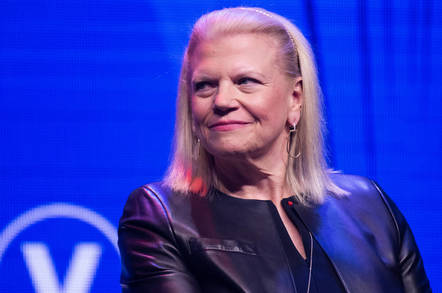 IBM was ordered late on Friday to produce communications from CEO Ginni Rometty and other executives related to Operation Baccarat, the IT giant's alleged company-wide-plan to replace older workers with younger ones.

The ruling [PDF], issued by Andrew W. Austin, a federal magistrate judge in Austin, Texas, pertains to a lawsuit filed last year in the US by Jonathan Langley, who was laid off in 2017 while serving as the worldwide program director and sales lead of IBM's Bluemix cloud.

Langley claims IBM laid him off specifically because of his age, then 59, in violation of the Age Discrimination in Employment Act (ADEA). And he claims Big Blue is deliberately pursuing a company-wide plan to de-age its workforce.

Langley's complaint, and similar age discrimination cases filed against the mainframe giant in California and New York, followed a March 2018 report from ProPublica and Mother Jones that said the global IT biz had undertaken a systematic campaign to purge older workers. According to the investigation, about 60 per cent of the 20,000 people laid off over a five-year period were over 40.

About a month ago, in the Langley lawsuit, IBM HR veep Alan Wild revealed in a deposition that IBM cut from 50,000 to 100,000 workers over the past five years.

IBM has denied the age discrimination claims and is fighting them in court.

With regard to Langley's lawsuit, the technology titan has been trying to limit the discovery process, by which the plaintiff's attorneys can demand internal documents related to the complaint.

Judge Austin appears to be fed up with the company's tactics, noting that this is the third time he's been forced to decide the scope of discovery in this case. IBM initially tried to assert that Langley was only entitled to discovery related to his four-person team.

The judge rejected IBM's argument, noting in a previous order, "The fact that IBM has chopped itself into bits and pieces for organizational purposes does not mean that discovery must remain similarly organized."

IBM, concerned about the broad leeway to demand documents contemplated by the judge, filed a motion for clarification. And the judge responded by admonishing the corporation to read his order again and expressing skepticism of the company's attempt to claim discovery should be limited by a self-created corporate structure.

IBM didn't heed his warning, and subsequently argued that it should only have to produce documents related to the "CLDR" layoffs, an acronym created to refer to the 2017 layoffs in the company's Hybrid Cloud group.

Judge Austin would have none of it. "It is thus with a great deal of frustration that the court is presented with yet another argument that discovery should be cabined based on an arbitrary boundary IBM created," he said in his ruling at the end of last week. "...IBM has been given many opportunities to provide a reasonable means by which to define the universe of relevance for this case, and has failed each time."

"The numerous public statements by IBM’s CEO that can easily be read to suggest that IBM needed to replace older workers with Millenials, combined with other public statements suggesting that in the past five years IBM has replaced half of its 350,000 person workforce with young employees, is more than enough to meet this burden," the judge said.

The ruling didn't go entirely Langely's way: the judge denied his motion to depose executives, including Rometty, about Operation Baccarat because other witnesses can provide the same information. In any event, the judge's order gives IBM 20 days to produce the requested executive documents.

The Register asked IBM whether it intends to comply. A company spokesperson said he'd look into the ruling. ®

In an email, IBM spokesperson Edward Barbini said, “IBM will comply with any final order of the court. We will establish that this case has no merit, and IBM makes its hiring decisions based on skills and business demands, not on age.”