Three UK slammed for 'ripping off' loyal mobile customers by £32.4m per year 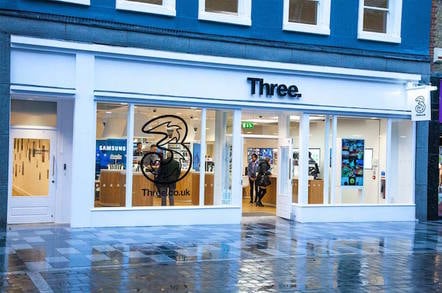 In July, all other mobile operators signed a commitment with Ofcom to put in place a discount for out-of-contract customers by February 2020.

Ofcom noted at the time Three customers would "continue to overpay and will not receive similar protections if they stay on their current deal."

Citizens Advice calculated customers of Three are being overcharged up to £2.7m each month, with up to 210,000 customers paying "the loyalty penalty" for staying in contract.

Gillian Guy, chief executive of Citizens Advice, said: "It's unacceptable that Three still thinks it can penalise its loyal customers by over a million pounds every month. It cannot continue to bury its head in the sand.

"While Three claims in its adverts that 'phones are good', its customers may find their experience anything but, as their provider falls behind in refusing to end this practice."

An Ofcom spokesperson said: "We agree that it's very disappointing that Three has refused to reduce bills for its out-of-contract customers. Three is the only one of the major mobile companies not to take action and its customers will continue to overpay as a result."

However, a Three spokesperson said the current proposals were not in customers' best interests. "Three has some of the lowest prices and unmatched propositions on the market. We've always put customers first and continue to do so. Applying an arbitrary discount to tariffs will not effectively tackle what really matters - helping them to find a contract which is both best-suited to their needs and priced fairly.

"As the leading campaigner for easy switching for the mobile industry, we are working hard to create a market where customers are engaged and happy, by pushing for easier switching, all handsets to be unlocked, end-of-contract notifications and best tariff advice."

Meanwhile, O2 said it will reduce the monthly price of its out-of-contract customers to the equivalent 30-day SIM-only deal. This will apply to its direct customers only, but O2 will discuss options for customers who take out O2 contracts with third-party retailers.

Vodafone and EE will reduce their prices for customers out of contract for more than three months. Both companies will confirm the level of this discount before the end of the year, said Ofcom.

"We expect their discount to take into account the level of savings available if customers switched to a comparable SIM-only tariff," it added. ®