These things can mess with your brain 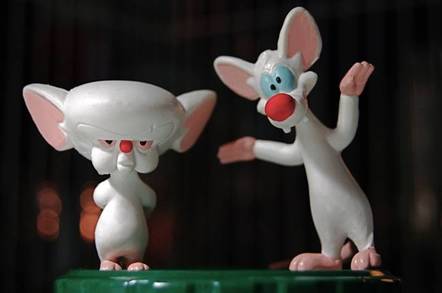 Something for the Weekend, Sir? I never quite turned out to be the fine young woman my parents were hoping for.

We're all a disappointment to our respective marbles and parbles but in my case I plead innocence: gender was hardly something I had any control over when I popped out at age zero. Not even in the Swinging Sixties.

So it came to pass that I was swiftly redubbed "Alistair" by my Scottish mother and all the baby clothes with "Nicola" presumptuously sewn into them – this being my father's preference for my moniker-to-be before I let them down by having beta-release bollocks – were unceremoniously turfed into the charity bin.

I had forgotten this little family anecdote for years until, clearing out the last of my deceased parents' belongings, I rediscovered a little stack of "It's A Boy!" congratulation cards that my mum had hoarded from my birth. Here's an example of the kind of good wishes received from family friends upon learning that the expected little girl turned out to be a little boy: 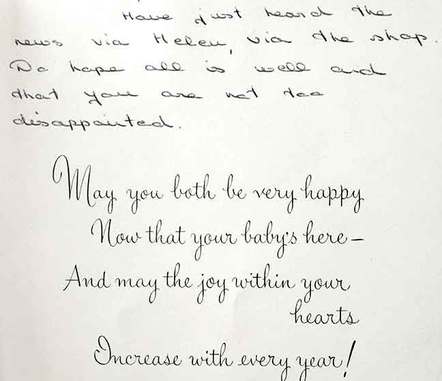 Maybe there's an untapped market for printing "Hope You're Not Too Disappointed" cards. Or just go straight for a classic "With Sympathy" greeting: 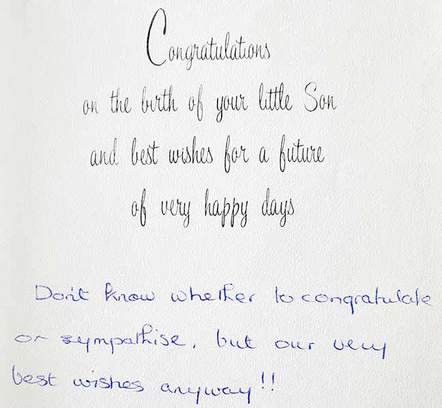 No wonder we're all bonkers. I read somewhere that one in four people are scared of going to the gym, and "scared" is meant literally: they would find it less worrisome to pet a tarantula, go on a rollercoaster or stand on top of a skyscraper.

Apparently, the top five sources of gym nerves are:

6. Not being able to use the chest press because it's occupied by an arsehole whose been sitting on it for 20 minutes doing nothing but yelling into their mobile phone

7. Having to keep raising the audio volume on your earphones because the same arsehole is now using the weights and keeps screaming "yesss!" and "huuurgh!" like a demented James Brown

Now that I'm ensconced in my Mediterranean adventure, I find that a significant number of French people are members of the tinfoil hat brigade. As elsewhere in civilised Europe, the French authorities have been installing smart meters in citizens' homes to modernise the tracking, collection and management of gas and electricity usage data. Now, back in my home country, the newspapers complain that the rollout is too fast, or too slow, or that some of the units are faulty. Hey ho.

In France, however, the installation of smart meters is regarded as a gigantic scandal of a Fortean, even Lovecraftesque nature. Here, all smart meters are an ugly greenish yellow and branded "Linky", and the French believe Linkys are stealing their souls and sucking them into another dimension.

OK, not quite. A worryingly large number of French people claim to be suffering from "chronic fatigue" and having "difficulty sleeping" since their Linkys were installed. Their lawyers argue these are the consequences of exposure to electromagnetic fields generated by the devious little greenish-yellow devils. And we're not talking about one or two swivel-eyed fruitcakes but literally dozens of claims going to court around the country.

Most of these get thrown out, of course, but astonishingly several claims of "electro-sensitivity" due to Linkys were given leave to prosecute their case. Over the summer, the civil court in Tours conceded there might be a possible connection between complainants' medical, er, complaints and the installation of their smart meters. Linkys were duly ordered to be removed from 13 homes.

No doubt each deinstallation was conducted by an engineer and an exorcist. It's a Catholic country after all.

Linkys: these things can mess with your head. A judge said so.

Around the same time that Bacofoil was flying off the supermarket shelves in Tours, a team of neuroscientists quietly published a paper in the journal Nature that outlined a breakthrough in mind-reading. That is, they claimed to be able to demonstrate how a subject's intention to say specific words could be recognised from brain activity and converted into text, and done so at the speed of natural conversation.

We should applaud such research. It could lead to a means for paralysed people to communicate in real time rather than the excruciatingly slow process of using current devices that rely on hand-clickers, or by detecting twitches or eye movement.

Quoted in The Guardian, lead research Edward Chang assured readers: "I have no interest in developing a technology to find out what people are thinking, even if it were possible." Well, you might not, but I can think of a vast data-stealing online monster that does, and it is paying your bills.

It was bad enough to learn that smart speakers listen to and record what you're saying even after you have switched them off. Then we find that webcams and in-home security cameras could be watching what we're up to while they're supposed to be disabled. It doesn't matter if we don't type it and don't speak it, the device can always stare at us and work it out, like HAL 9000 lip-reading Poole and Bowman in 2001: A Space Odyssey.

Now we have Facebook funding research that sucks our silent thoughts from our very brains. Don't type it, don't speak it, in fact don't move at all: it won't make any difference, they'll be listening to our thoughts, recording them, selling them.

These things can mess with your head. And they will.

Alistair Dabbs is a freelance technology tart, juggling tech journalism, training and digital publishing. He is the only person he knows whose parents received 'Commiserations, It's A Boy!' cards upon his birth. He plans to launch a line of new-baby cards featuring such greetings as 'The Fun Stops Here!', 'Who's Is It?' and 'Shit, It's Twins!' @alidabbs