Whatever you do, don't pay the ransom 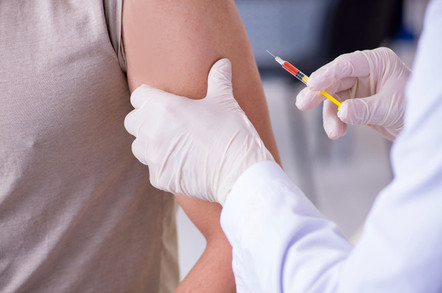 Analysis WannaCry – the file-scrambling ransomware that infamously locked up Britain's NHS and a bunch of other organisations worldwide in May 2017 – is still a live-ish threat to this day, infosec researchers reckon.

By simply observing the internet for telltale signs of the malware strain – also known as WannaCrypt – Brit security software outfit Sophos spotted newer variants still doing the rounds. Thankfully, though, the bit that encrypts and holds victims' data to ransom itself becomes corrupted so the extortion isn't working as intended.

About a year-and-a-half after the nasty surfaced, Sophos reckoned it picked up more than five million detections (i.e. not individual machines) of the original WannaCry signature.

"As nearly every machine that can install the EternalBlue patch has already done so, why are there still so many detections?" Sophos asked. "All we really know about the infected machines that attempt to spread the infection is that they don't have a working antivirus product (certainly not ours) on them."

Data analysis revealed something surprising: of 12,281 WannaCry-related files the company picked up, just 40 were the original 2017 version, "a number so low that it could easily be attributed to testing" by malware authors and other criminals.

Ten files in the wider sample "accounted for 3.4 million" detections in total. None of these appeared to have been halted by the kill-switch domain discovered by Marcus "MalwareTech" Hutchins, later targeted by US law enforcement agency the FBI during a visit to the Black Hat and DEF CON conferences in the USA for his teenage misdeeds in writing malware.

Alterations in the newer, evolved samples of WannaCry found by Sophos showed that a kill-switch bypass had been incorporated into them. The firm noted that "the changes appear to have been made via the use of a hex editor rather than through recompilation of the original source code. This suggests that these changes were not made by the original creators."

There is hope, however. WannaCry consists of two parts: one that spreads the malware to other machines and the payload, which is a zip archive that extracts itself and encrypts everything within reach. In the newer variants, Sophos found, the zip archive was corrupt.

"Everything now made sense," said the firm. "The large volume of detections were due to the lack of a kill switch, with nobody complaining about encrypted files because almost every sample seen in the wild had a corrupt archive that doesn't encrypt anything."

(Before you write in, we're aware that this behaviour is not exactly comparable with the immunological mechanisms of a vaccination and that it is only broadly analogous.)

It's not all good news, sadly. Some people and organisations are still trying to pay off the original WannaCry crooks in response to recent infections – even though the original authors have long abandoned their Bitcoin wallets following the global focus on their activities.

"WannaCry includes three hardcoded Bitcoin addresses, to which you must send your $300 worth of Bitcoins if you choose to pay the ransom," said Sophos. The attackers are no longer monitoring incoming payments, said the company.

As ever, don't pay off ransoms. You encourage criminals in general by doing so and make the world that bit less safe. Install updates from trusted vendors, procure up-to-date security software from reputable outlets and don't click suspicious links. ®

Sophos waters down 'NHS is totally protected' by us boast

Updated Watered down homeopathy for computers is more powerful, m'kay?