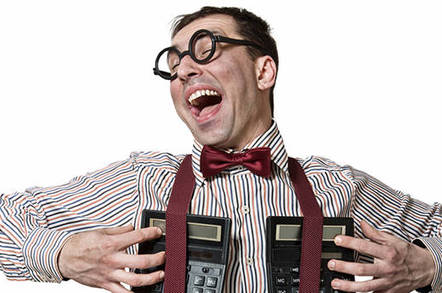 An inquiry into online value-added tax (VAT) fraud is being launched this autumn, following concerns there may be an uptick in scams after Brexit.

It is estimated that the UK is missing out on between £1bn and £1.5bn a year from these sorts of deceptions, while the big online marketplaces have been accused of profiteering from the activities.

A report from the Public Accounts Committee last year found HMRC had made some progress in tackling this problem but still had a lot of work to do to even the playing field.

Faisal Rashid MP, chair of the All-Party Parliamentary Group for Business Support and Engagement, said he will be leading an inquiry and providing recommendations to government bodies to do more.

He told The Register: "In recent years the number of VAT registrations from overseas sellers has increased, but many still do not pay the correct amount. In 2017, the campaign group VATFraud.org flagged 80,241 online sellers to HMRC, so we suspect that the practice remains widespread."

He added: "With Brexit dominating the government’s attention, it’s important that small businesses remain part of the conversation. Online VAT fraud is one of the major worries facing SMEs and so we hope to draw attention to this issue and keep it at the top of the government’s agenda."

The inquiry will look at the current levels of online VAT fraud and investigate what the potential impact of leaving the EU might be on the government’s ability to combat it.

"We hope to provide a clearer picture of how online VAT fraud is affecting SMEs and highlight a sensible approach that the government can take to solve this issue," he said.

A spokesman from VATFraud.org welcomed the inquiry, adding: "It is quite obvious that HMRC is still only collecting a fraction of what they should. The current VAT declaration system is an out of date 'honesty bucket'. The only way to solve online VAT fraud is to get the marketplaces to collect the VAT at point of sale. It has already been a great success in other countries such as USA & Australia."

The UK collection system for value-added taxes relies on sellers submitting and declaring truthful and honest sales figures on their VAT Returns, he said. "There is nothing stopping a seller saying they made £100 in sales rather than the £100,000 they actually made," he said.

At the moment, VAT is included in the price when you purchase goods and services from the EU. However, after Brexit, the price published will exclude VAT, which could lead to an increase in undeclared VAT.

"With Brexit looming, the UK VAT collection system for online mail order needs to change fast, it is a disaster waiting to happen," said the spokesman.

Richard Asquith, VP global tax at Avalara, a tax software company, noted that HMRC acted in 2018 to make marketplaces like eBay and Amazon validate the VAT numbers of foreign sellers on their platforms. "Germany does much more to make the marketplaces responsible, and after Brexit the UK could look like a soft touch for non-compliance.” ®

MPs accuse Amazon and eBay of profiteering from VAT fraudsters

HMRC: About £1.5bn lost due to overseas sellers' tax swerve

Estimate of full impact 'out of date and flawed' says committee