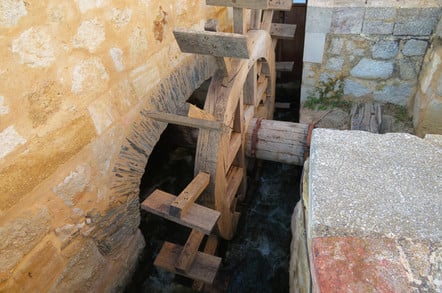 The UK government needs to come up with an actual strategy to help businesses and workers take advantage of automation and robotics.

So says the House of Commons Business, Energy and Industrial Strategy Committee's inquiry titled "Automation and the Future of Work".

The MPs noted that automation had been an issue since Syrians started using water wheels to grind corn in about 350BC. The committee highlighted research from the Office of National Statistics, which found that 7.4 per cent of UK workers are at high risk from automation and 64.9 per cent at medium risk.

They said that while the negative impact of automation is often stressed, there is little attention given to potential positive aspects such as increases in better and more creative jobs and reductions in working hours. Overall the committee believes the UK needs more, not fewer, robots.

Automation has helped some businesses increase productivity, the committee said, and it is possible that automation could help solve the UK's "productivity puzzle", which has seen improvements flat line since 2008, following 20 years of steady year-on-year growth.

UK government could help drive more adoption by providing practical support for manufacturers and SMEs looking to automate processes, which remains an expensive and complex endevour. The committee said that closing the Manufacturing Advice Service in 2015 was a mistake.

The UK's universities research base was singled out by MPs and Japanese politicians as a major strength. But by focusing on AI and not linking that to service robotics and healthcare, the government is missing a chance to improve productivity.

The inquiry dismissed Bill Gates' suggestion that there should be a tax to mitigate the impact on workers losing out to our mechanical overlords – particularly given the UK's low adoption of robots.

The committee took a jolly to Japan to see how the government there has encouraged automation. It noted that a shrinking population provided impetus, but this was helped by a national New Robot Strategy and tax credits for companies investing in automation. MPs called on the UK Treasury to follow a similar policy.

The shortage of people with science, technology, engineering and programming skills also got a mention. The inquiry noted the failure to attract more women to work in automation, both within research organisations and companies. This has been exacerbated by Brexit, which has led to reluctance from European citizens to apply for research or startup posts because of continued uncertainty. All this has left the UK with an estimated yearly engineering shortfall of about 59,000 people.

For the UK to be a world leader in service robotics and automation, it will need to work globally to succeed. The Government should seek to ensure that our future relationship with the EU and future deals with the rest of the world support new collaboration between institutions, including the free flow of researchers and academics.

The committee remains resolutely positive about the impact of robots in the workplace. It said most workers would not face obsolescence but instead would find themselves working alongside "cobots". Automation, we are told, will remove dangerous and repetitive tasks, leaving carbon-based lifeforms time to perform value-added tasks.

But MPs did note that automation in retail and banking had led to fewer jobs. They warned that a lack of government research or strategy means nothing has been done to reduce the risks associated with this major change in how we work.

The inquiry found that while there was a chance of an increase in creative jobs, there are already examples in the UK of the opposite happening – such as car washes where low pay and worker exploitation make doing it by hand cheaper than automation.

The committee warned that the government is failing to take seriously either the potential benefits and risks of an increasingly automated world.

It concluded: "We recommend that the Government urgently brings together employers, workers, academia and automation developers to design a UK Robot Strategy on how it plans to promote and manage the transition to a more automated world of work." ®