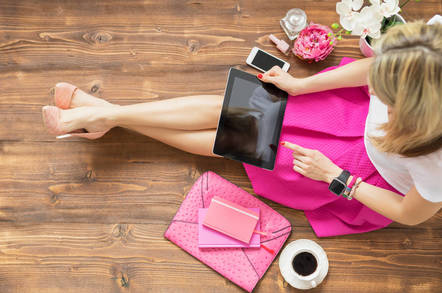 A judge in California has OK'd a class-action lawsuit against Apple for alleged breaches of its AppleCare warranty schemes.

The case (PDF) was brought by Vicky Maldonado and Justin Carter, who complained that remanufactured replacement iPhones or iPads "are not 'equivalent to new in performance and reliability' as promised under the contract. Instead, the presence of non-new parts means remanufactured devices can never be as reliable as new ones."

Apple insists it tests remanufactured devices to ensure they meet the same standards as its shiny new phones.

Carter bought an iPhone 6 Plus and paid $99 for AppleCare+. After a year, the phone began suffering shorter battery life and he booked a repair appointment. In July 2016, he cancelled the appointment and asked for a new phone. He received a remanufactured phone the next day but months later again had battery problems. So he lawyered up.

He also spoke to Apple, which sent him another remanufactured device in October that year. Carter then bought a new iPhone, which his lawyer paid for. In November, Apple sent him a third replacement, this time a new phone.

Maldonado's problems back in 2013 concerned a fourth-gen iPad and its subsequent replacement with a remanufactured fondleslab.

Apple tried to have the case dismissed on grounds that the warranty contract clearly states replacements will either be new or as good as new. But the judge found that the plaintiffs' case rested not on them receiving new devices, but on proving that their refurbed hardware was not in fact as good as new devices.

The iGiant attempted to get Carter's complaint dismissed on the basis that he got someone to open his replacement devices to see if they contained reused parts without an Apple engineer being present.

But Judge William H Orrick gave the class-action the go-ahead.

The case covers "all individuals who purchased AppleCare or AppleCare+, either directly or through the iPhone Upgrade Program, on or after July 20, 2012, and received a remanufactured replacement Device." ®