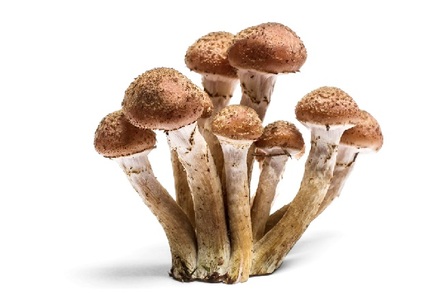 The Unconventional Computing Laboratory in Bristol is looking for a research associate to help it create buildings with embedded fungus-created computers.

Professor Andrew Adamatzky has already demonstrated that a network of fungi can "fuse and process information". His previous research using Basidiomycetes fungi showed a mycelium network can act as a computing device, with spikes in electrical activity representing information.

Following this research, Adamatzky contacted experts in using mushroom substrates to create "building blocks". As the substrate dries out it can no longer function as a computer. Yet researchers are working to get the fungus to absorb nanoparticles so that it creates a network of micro-wires before it dies.

So the final building will include living fungal computers and networks of micro-wires.

Adamatzky told The Reg: "Living fungi can sense and compute. However, while the monolith building 'grows', some parts of the substrate dry and mycelium dies. Dried mycelium would not compute. Thus we got the idea of 'filling' the mycelium with various functional nanoparticles before it dries. If we allow mycelium to 'eat' nanoparticles which have properties of electronic elements, then, when the mycelium dies, it will remain functional, as a network of micro-wires, transistors, capacitors and memristors."

Creating building blocks using fungi is not novel, but creating a monolith building would be.

Adamatzky explained what he hopes the three year project will achieve:

We will understand (not fully but better than now) how fungi process information and make decisions. We will also implement a range of computing circuits (many-valued Boolean functions) with living and functionalised fungi. By the end of the project we will have a building structure made entirely of fungi, this structure will respond to environmental stimuli by changing its electrical properties. This will be achieved via bio-fabrication (cultivation of a large living mycelium), functionalisation (changing electrical and mechanical properties of mycelium network), computing (computing: Implementation of information processing on mycelial network), designing (development of design rules and construction logic).

The job ad asks for a pretty niche set of skills:

Along with wrestling with fungi, you will also be expected to write three high-impact papers per year.

The research is funded by the European Union's Horizon 2020 programme, which the UK government has pledged to continue funding in the event of a no-deal Brexit.

The job advert is here, and there's more on the lab's research here. ®