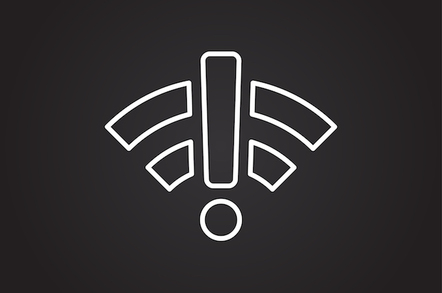 The bad news bus has continued rolling for users of hardware both young and old as Wi-Fi woes plague Windows 10 and even Windows 8.1.

Hot on the heels of broken audio in Windows 10 – for which the company "estimates a solution will be available in late September", according to its health dashboard – comes news that Wi-Fi is not happy on some machines using Intel Centrino chippery.

Upgrade those machines to 1903 and wave a fond farewell to Wi-Fi, according to Microsoft. The "mitigation", such as it is, consists of disabling and re-enabling the adapter in the Windows 10 Device Manager, which should bring things back to life.

Up until you reboot, of course.

It might all be a cunning ploy to get users up to speed on PowerShell's handy Disable-NetAdapter command in a boot script. Or it might just be another sign that all is still not entirely well in quality land as far as Windows 10 1903 is concerned.

The team is working on a fix "in an upcoming release" but advises that users with the hardware hold off on clicking that Update Now button until things tweaks have gone through.

Of course, it isn't just Windows 10 being hit with the borkage bat. The Windows Latest mag also noted a problem with the patch KB4516067, released last week for Windows 8.1 and Server 2012 R2 users.

The issue is that Internet Explorer 11 may be rendered inoperative. Which, in itself, is unlikely to be an issue for many. After all, there are plenty of alternative browsers out there unless you have a certain site that demands the old thing.

However, for the two Surface RT users not using Microsoft's finest as a glorified photo-frame, the issue is critical. The moribund Microsoft app store doesn't really offer much in the way of alternatives, and the devices are locked down to all but the most creative owners.

Perhaps a clue that it might be time to move on from Microsoft's earlier Arm experiment? ®