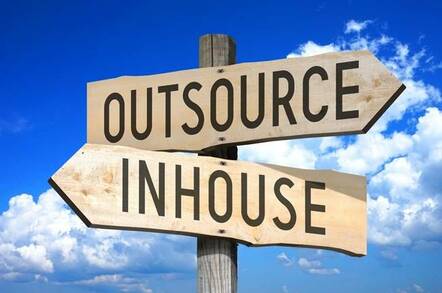 The outsourcing of British government IT projects has largely worked, according to a cornflake-spluttering report by the Institute for Government.

In a review of outsourcing programmes across 11 sectors, the think tank rated back-office outsourcing (HR and IT) as green/amber, meaning they have largely saved money and led to improvements, although in some areas evidence is mixed.

By contrast, the private financing of construction and outsourcing of probation services were rated amber/red and red respectively.

The outsourcing of government IT to private companies had, by the mid-1990s, led to the awarding of contracts worth £2bn, noted the report. Spending grew as government entered more ambitious agreements with outsourcing companies, for instance to deploy digital systems at the borders of the UK, or to manage HR and payroll.

In 2007, the UK public sector spent an estimated £12.4bn on IT outsourcing and £5.3bn on the outsourcing of other back-office functions.

"However, the appetite for large IT contracts in central and local government diminished after 2011, with some departments taking greater responsibility of their IT through insourcing, which resulted in lower spending with some of the largest IT suppliers." Not least because then Cabinet Office Minister Francis Maude waged a war against the IT supplier “oligopoly”.

Companies including Fujitsu, IBM, CSC and HPE Enterprise Servics felt the pinch of that change in UK government strategy.

Surprisingly, the report does not mention the creation of the Government Digital Service, which itself has had a mixture of successes and failures.

“HR and IT outsourcing appear to have delivered some savings, although in some instances the evidence is mixed, suggesting modest savings or even cost increases.

"The impact of outsourcing on quality is less clear, partly because it is difficult to make precise comparisons. Case studies show that companies modernising systems have been able to deliver substantial benefits, although others show that major IT projects have cost taxpayers dearly when they have gone wrong," it said.

Notable failures cited include the electronic monitoring of offenders scandal, where the market has been dominated by two suppliers (G4S and Serco) and the Home Office’s 2007 contract with Raytheon to provide digital border services, cancelled in 2010.

The list of failures go on, and on, and on. As we pointed out where SSE recently decided to ditch its in-house tech team in favour of offloading the function to HCL.

The think tank's report claimed outsourcing works best where there is healthy competition "but hit problems where government has lacked a competitive market of adequate suppliers.”

The example of electronic tagging “demonstrates how an uncompetitive market risks supplier opportunism," it said. E-borders is another example of a major IT project that was "undermined by insufficient market engagement," it found.

Yet overall it concluded: “Outsourced IT services, on balance, appear to have often been more efficient and modern – despite multiple well-reported failures. Private financing of construction projects, on the other hand, has been more expensive while achieving unclear benefits.”

In that case, outsourced private financing of construction projects and probation must be really buggered. ®