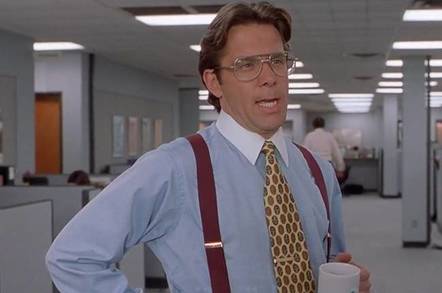 The US House of Representatives Judiciary Committee has written to the big four tech giants – Facebook, Amazon, Apple and Google – demanding comprehensive information on its financial structures and 10 years' worth of emails between top executives.

The bi-partisan committee is harvesting the data as part of its investigation into competition in the tech sector, prior to holding hearings and roundtables.

Some of the information requested is humdrum copy-paste stuff such as lists of products and services, perceived competitors and the companies they have bought, org charts of company divisions, and copies of documents previously provided in response to earlier antitrust investigations. But the huge bulk involves internal communication between senior managers relating to specific competition concerns.

For example, the committee appears to be quizzing Amazon on its acquisition of Audible, Blink and AbeBooks, among others, and whether the internal conversations leading to the decisions to buy was based on any "competitive threat" they might have posed.

In another example, Alphabet is being tested on its purchase of the likes of Android and YouTube, and whether non-Alphabet apps and services enjoy the same visibility in Google search and Play store. In fact, the committee letters list by name specific apps that were removed or restricted by Google Play, Facebook and Apple's App Store, wanting to see the reasoning behind their removal.

"There is growing evidence that a handful of corporations have come to capture an outsized share of online commerce and communications," said Jerrold Nadler, committee chair. "It is increasingly difficult to use the Internet without relying on these services. The documents requested will provide the Committee with a better understanding of the degree to which these intermediaries enjoy market power, how they are using that market power, whether they are using their market power in ways that have harmed consumers and competition, and how Congress should respond."

"This information is key in helping determine whether anticompetitive behavior is occurring, whether our antitrust enforcement agencies should investigate specific issues and whether or not our antitrust laws need improvement to better promote competition in the digital markets," said Doug Collins, ranking member of the House Judiciary Committee.

The formal requests for information were sent on Friday addressed personally to Mark Zuckerberg at Facebook, Jeff Bezos at Amazon, Tim Cook at Apple and Larry Page at Alphabet. Click the links to read them in full.

Scarily for those working in the archive departments, the committee wants all the documents to be provided by 14 October. ®