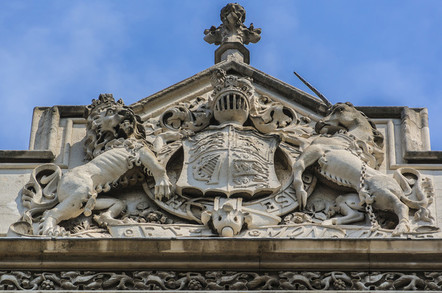 The £1bn modernisation of UK courts is behind schedule due to delays with its digital programme, the National Audit Office said today.

In its update, the report said some online services are not yet fully available to the public because Her Majesty's Courts and Tribunal Service (HMCTS) has made less progress than anticipated.

The project began in 2016 to encourage greater use of technology and to digitise many lower-level civil matters, such as divorce applications and consumer litigation. However, The Register has reported on a raft of problems with the project, most recently the departure of senior techies.

HMCTS has again had to reduce the scope of the reform portfolio and extend the timetable, which has decreased risk but also cut expected savings, said the NAO. "In early 2019, HMCTS revised its reform programme business case, integrating the crime (common platform) programme. In response to calls to be more realistic, it extended the reform programme to December 2023, so is now due to complete in seven years."

The department had previously extended the timetable from four to six years following scrutiny before the programme formally began in 2016. It also reduced the scope of the wider reform portfolio by cancelling two projects, said the report. Lifetime savings of the programme have now been clipped by £172m to £2.1bn, with annual steady state savings said to be £21m lower per year at £244m and coming a year later in 2024-25.

The modernisation scheme also includes the £816m HMCTS Reform Programme, which aims to reduce demand on courts by revamping processes and systems, for example, with greater use of online services and video hearings. And the £58m Transforming Compliance and Enforcement Programme (TCEP), which is upgrading the systems used to enforce court orders such as penalties and compensation.

Gareth Davies, head of the NAO, said: "HMCTS has made good progress in reforming some services, but it is behind where it expected to be and has had to scale back its ambitions. The timescale and scope remain ambitious and HMCTS must maintain a strong grip if it is to deliver a system that works better for everyone and delivers savings for the taxpayer."

The NAO concluded that HMCTS is now around halfway through its reform programme. "But, in common with many government transformation programmes, it is behind where it expected to be and has had to scale back its ambitions.

"If HMCTS is to deliver reform, and improve service quality for court users, it will need to be disciplined in keeping every element of its portfolio under control."

Responding to the report, Susan Acland-Hood, chief exec of HMCTS, said: "We are pleased the NAO has recognised the progress we have made towards a more accessible and efficient justice system. More than 300,000 people have now used our online services, and two new service centres are making it easier and quicker for all to access help.

"This is an ambitious and challenging programme but it is already making a significant difference. We will continue to listen and learn, working closely with our stakeholders to improve and ensure reform." ®