Brit MPs: Our policies are crap and the political process is in tatters, but it's Twitter's fault, OK?

Thanks to social media, that's at least more transparent now... 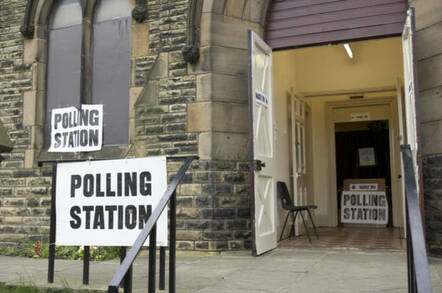 Some 42 per cent of Brit MPs reckon social media has damaged their policy-making processes, which is in turn having a negative affect on members of the public.

In a further demonstration of self-flagellation, nearly half – 48 per cent – of the Conservative MPs surveyed felt this way even though they are the party in government turning their own policies into law.

Labour MPs did not seem to mind so much, with fewer than a third holding such pessimistic views about the baying mob dictating party policy with tweets, likes and trolls.

Just 8 per cent thought policy-making had improved with the advent of social media.

The weighted survey of 137 MPs across the main political parties and regions, commissioned by political and media software company Vuelio, might have been expected to tick the usual opinion boxes. Political transparency: tick. Ease of access to politicians: tick. Engagement with the public: tick.

The politicians certainly blame social media for their own loss of public status: 81 per cent said that it has worsened the public's attitude towards them.

Max McEwan, senior consultant at ComRes, observed that while MPs in general might be unhappy with the impact of social media, those in marginal constituencies are forced to use it as their principal means of communication with voters. They regard it as only marginally less important (64 per cent) than face-to-face meetings with constituents (70 per cent).

As McEwan points out, this means we are "poised to enter an election that could be decided based, in part, via a communication channel that MPs consider to have damaged the political process".

It's not looking any better, is it? ®