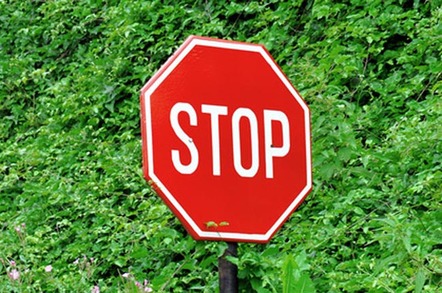 BT's Openreach is pausing its hybrid G.fast fibre investment as it mulls the product's future in light of its recent conversion to full fibre.

The company confirmed it is reassessing capital injection plans across all broadband technology platforms, including G.fast, while it drafts the next phase of fibre-to-the-premises deployment.

Until recently Openreach had intended to roll out the 330Mbps-capable G.fast product to 10 million premises by the end of 2020. However, corporate overlord BT has been making increasing noise about full fibre, recently raising its target of FTTP connections from 3 to 4 million premises by March 2021.

It also has an "ambition" for Openreach to reach 15 million premises by the mid-2020s.

An Openreach spokesman said it will continue with the current deployment of 2.73 million G.fast connections by March 2020, adding the company is not yet confirming the cessation of its future G.fast build.

"As a result, the business is holding off from giving further guidance on G.fast build plans beyond what we've already communicated for the current financial year ending March 2020. It will provide an update by the end of the financial year 2019/20."

Part of the reason for pausing the rollout appears to be the issue of overbuild with full-fibre deployments.

The spokesman said it was "highly likely" that to meet its FTTP plans, Openreach would need to overbuild homes and businesses served with G.fast, thus undermining its full-fibre investment. "This is why we plan to reassess our G.fast deployment plan while we make decisions about our next phase of FTTP build."

Matt Howett, analyst at Assembly, said: "This is no great surprise given the narrative has shifted towards full fibre. I'd be surprised if the G.fast footprint sees any significant further expansion given where the FTTP rollout is heading and the noise government is making here.

"Of course, things could change if a nationwide full-fibre rollout doesn't materialise as the government wishes, where to hit the target of 100 per cent by 2025 you have to start blurring the lines and considering other technologies."

Andrew Ferguson, editor of Think Broadband, added that the G.fast and "fibre-first" rollouts have been clashing for some time "and in some cases we have seen whole G.fast areas over build with FTTP, so taking some time to replan the G.fast rollout makes sense."

By contrast, BT's rival Virgin Media recently upped its commitment to a fibre hybrid product – announcing it would connect 15 million premises by 2021 with "gigabit-capable speeds" using its DOCSIS (data over cable service interface specification) 3.1 tech, which is also being used on the other side of the world by Australian network builder NBN to meet its own performance targets. ®