The amber DNA in Jurassic Park? That's you, that is 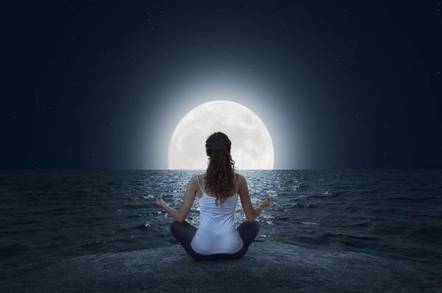 Updated Stamping your footprints on the Moon's surface remains an impossible bucket-list ambition for practically all of us over the age of two. But for $99 you might still be able to leave a DNA footprint there.

A startup called LifeShip is getting ready to launch a Kickstarter campaign to send the biological source code of its crowd-funders on a full Moon shot. An investment of less than a hundred bucks could ensure your unique DNA not only gets to the Moon but remains there, safe and unmolested by the threat of natural disaster or nuclear holocaust, for millennia.

How so cheap? DNA does not take up much room, or should we say space, when hitching a ride to our largest natural satellite. LifeShip is working with Arch Mission to perfect a means of packing the DNA samples into blocks of epoxy resin for preservation during the journey and landing, and subsequent survival among the dusty craters.

Arch Mission was the organisation that produced the Lunar Library – an analogue and digital archive of human history and civilisation saved onto nickel discs – that was included in the Israeli Moon mission earlier this year. Launched on a Space X rocket, the archive – and the probe it was on – unfortunately came a cropper while accidentally setting down on the Moon at around 500kph.

Alongside the Lunar Library, Arch Mission included a tiny amount of its experimental epoxy resin containing millions of cells from humans and other organisms, plus the notorious water-dwelling, eight-legged that subsequently caused a bit of controversy.

LifeShip's founder Ben Haldeman assures potential participants concerned about contaminating the Moon's non-existent eco-system that DNA doesn't work that way: it's not alive, for a start.

His interest in Arch Mission's artificial amber is how it can protect its microscopic cargo from radiation damage. As he told IEEE Spectrum magazine: "We'll store the DNA dry and will have many thousands of copies of each person's DNA. If radiation breaks up some of them, there still should be redundancy."

Arch Mission insists the "amber" is still in development but Haldeman is keen to start sending out DIY DNA collection kits before the end of this year. If all goes to plan, LifeShip could begin sending DNA cargo to the moon on a regular basis, as individuals warm to the idea of having their bio-blueprint archived and backed up off-world for a million years or two.

It's a far cry from etching your face on a full moon by laser or buying a certificate which claims ownership of a square foot of lunar real estate. But at least a bit of you might actually get there. ®

Haldeman confirmed over the weekend that LifeShip will open to the public in roughly a month from now. He also responded to further questions from our Register hack.

Reg: How will participants know that their DNA really has achieved its destination?

Reg: What do you think are the motives of those who sign up?

Haldeman: Customers may have several motives:

Reg: If you don't mind going a bit sci-fi, what do you think might lie in store for the lunar DNA archives in the far future?

Haldeman: You could write 1,000 sci-fi novels starting with this. We just don't know. The Earth is changing rapidly and we are very close to being able to bring back the Woolly Mammoth. It is possible that this could be used as an archive to bring back life. LifeShip is a time capsule gift to the future of Earth's genetic code. We are taking steps towards sending life out into the Universe and helping Gaia expand. Our larger goal is to send DNA out of the solar system. We do care deeply about planetary protection and plan to be very aware and intentional about where and how we send DNA in space. It is possible that another life form finds this and is able to study, understand, or maybe someday even recreate life from it.