Yes, turns out people still use this voucher biz – who knew? 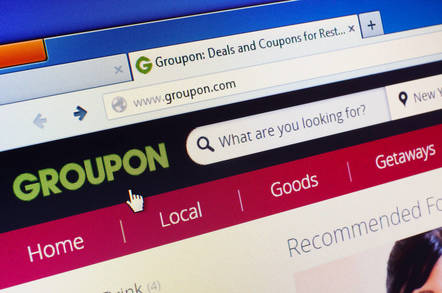 Updated We have a new twist on the "researchers find unprotected public-facing cloud-hosted database" story, as one recently uncovered archive turned out to be at the heart of a years-long fraud operation.

The folks at VPNmentor said they were confused when first encountering a mystery database that contained details on scores of accounts on ticket purchasing sites. The profiles were all seemingly interested in events at small, independent theaters and music venues.

Essentially, a bunch of crooks had assembled their own database of online accounts they had created to use for fraud – and then accidentally left that database facing the public internet.

"The breach seemed to give access to personal details of anyone purchasing tickets from a website using Neuroticket," explained the VPNmentor team, headed up to Noam Rotem and Ran Locar, on Wednesday. "Initially, we believed this vulnerability compromised customers on these websites."

Even more curious, when the team tried to track down the owners of the email addresses listed in the database, they got few responses, indicating the vast majority were fake accounts created by crims for mischief and fraud.

When efforts to tie the records to a breach of Neuroticket, Ticketmaster, or Tickpick all resulted in dead ends, the team noticed that around 90 per cent of the records also referenced Groupon.

When the VPNmentor crew got in touch with Groupon, they had their breakthrough. It turns out the accounts had all been used to purchase tickets for gigs, plays and concerts that were on offer through Groupon deals. What's more, Team VPNmentor claims, Groupon immediately recognized the purchases as being the work of a fraud ring it had been tracking since 2016.

The fraudsters in this case used an army of fake accounts and stolen credit card numbers to make bulk purchases of tickets being offered at a discount on Groupon. Those tickets were then resold by the fraudsters at full price (or at a markup) to turn a quick profit.

"Groupon had been able to close most of the accounts, but not all of them. The operation has remained resilient, despite excellent work by the company," VPNmentor's team said in their write-up.

"Groupon’s Chief Information Security Officer (CISO) estimates the number of fraudulent accounts in the network we helped uncover to be as high as 20,000."

It gets even more bizarre. When combing through the records in the database, the VPNmentor crew found a note from another hacker who had stumbled on the exposed silo.

"Claiming to have extracted information from the database, it demanded a ransom of $400 in Bitcoin, in exchange for not releasing the stolen data to the public and subsequently deleting it," the team notes.

"It seems, at least one criminal hacker has already hacked the database. Not understanding what they discovered, they’re trying to extort its owners."

UK-based bug-hunter Oliver Hough also says he came upon the database a while ago, but was unable to connect the dots with Groupon.

Ha no way! I found this last year, reported it to Groupon, tried tracing the owners, in the end I gave up

The moral of the story is, as always, keep track of your cloud database instances and always make sure public access is disabled. Even if you're a crook. ®

Since publication, Groupon has dropped us a line to stress its own systems were not compromised by criminals, and that the exposed database appears to be full of marketing emails. No more that 673 purchases were made by the crooks, Groupon added.

Furthermore, Groupon says it doesn't know if database is related to its 2016 investigation, as claimed by VPMmentor. "There are some similarities, but we have no evidence they're related or connected," a spokesperson for the voucher biz said.