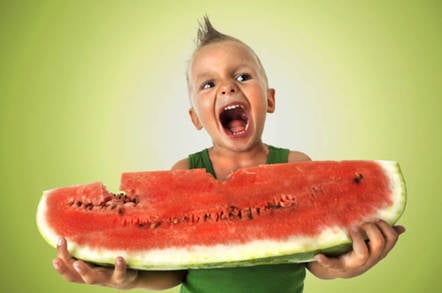 Western Digital has swallowed Kazan Networks to get a taste of its sweet NVMe over Fabrics Ethernet connectivity kit.

Kazan builds Onyx NVMe target bridge adaptors enabling NVMe JBOFs (Just a Bunch of Flash drives) to connect directly to an NVMe-oF network. The company also produces a Fuji ASIC that does the same job at a system board level for smaller NVMe target systems.

These products can be used by WD in its IntelliFlash JBOF and OpenFlex composable disaggregated infrastructure (CDI) products, providing storage arrays that can be accessed across Ethernet by NVMe-oF.

Execs at both companies were, as is customary is such situations, very pleased about the turn of agreement.

"The close integration of purpose-built controller and storage technology is pivotal to realising the full benefits of advanced next-generation fabric architectures, including lower power, higher performance and lower cost."

It bagged a $4.5m funding round in July 2016 with contributors including Intel, Samsung Ventures and, surprise, surprise, Western Digital. Steinmetz became a fellow at Micron Technology in July this year, having ceded the Kazan CEO role to Evashenk last December. She had been an advisor since February 2015 and a board member since October 2018. Previously she was also at Emulex - where Steinmetz spent eight years - as well as Sierra Logic, Agilent and HP.

Financial terms of the acquisition deal were kept secret. ®