Not so easy to make a quick getaway when it takes 3 hours to juice up your motor, eh Brits?

Not to worry, UK.gov has put a few pennies into faster 'leccy car chargers 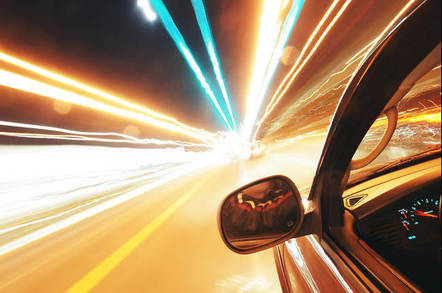 Updated The UK Treasury is making £70m available to fund an additional 3,000 rapid charging points for electric vehicles, doubling the UK total to 5,000.

The money comes from a £400m fund to improve the UK's charging network. The pot will be managed by "private sector partners" with £200m in government cash being matched by private investors – the initial £70m is coming from Abu Dhabi-based Masdar and the government.

The UK already has more charging points than petrol stations but traditional chargers and electric vehicles require between four and eight hours to fully charge – which is obviously not practicable during journeys. Rapid chargers can top up a car in less than an hour to provide 100 miles or so of range, depending on the model.

We've asked whether the chargers will be added to existing stations or be standalone units and what capacity they have, none of which is clear in the release.

But the statement does say a review is under way to look at charging provision along major road networks.

Other investments include just over £30m over five years to research ways "to remove greenhouse gases from the sky on a large scale". £22m over six years will be available to research new air pollution challenges. Transport emissions are expected to decline so there is a need for a new focus on other forms of indoor and outdoor pollution such as adhesives, cleaning products and air fresheners.

Just over £30m will look at researching recycling and £47m over six years will be spent of looking at food chains to improve UK diets and reduce the environmental impact of food production. This spending will be managed by UK Research and Innovation.