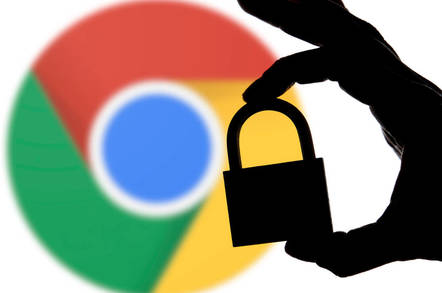 Only days after Mozilla said it plans to make DNS-over-HTTPS (DoH) available by default gradually for Firefox users in the US, Google announced its intention to test DoH in Chrome 78, due for beta release in the next two weeks.

Google's experiment will involve checking whether Chrome 78 users' DNS provider is among six services selected for their readiness to test DoH – Cleanbrowsing, Cloudflare, DNS.SB, Google, OpenDNS and Quad9. And if so, Chrome will switch from standard DNS to DoH using the same service provider, at least for those lucky few in the experimental group.

Mozilla today announced its Firefox Private Network beta that routes your browser traffic through Cloudflare and out to the open internet via an encrypted channel. This VPN-like proxy service is supposed to hide or obfuscate your connections from snoops, though it means everything you do flows through Cloudflare.

Google is thus avoiding one of the concerns raised by Mozilla's approach, forcing Firefox users to change their chosen DNS provider for Cloudflare. In so doing, the Chocolate Factory ensures that malware screening and parental filtering capabilities offered by DNS providers will continue to function, if possible under DoH.

"This experiment will be done in collaboration with DNS providers who already support DoH, with the goal of improving our mutual users’ security and privacy by upgrading them to the DoH version of their current DNS service," explained Kenji Baheux, Chrome product manager, in a blog post. "With our approach, the DNS service used will not change, only the protocol will."

Baheux says Google's goal is to validate its DoH implementation in Chrome and to measure the protocol's effect on performance.

The experiment will involve a small percentage of Chrome users across supported platforms except for Linux and iOS. And there will be a way to opt-out: disabling the flag setting at chrome://flags/#dns-over-https. Most managed Chrome deployments for enterprise customers will be excluded from the test; Google plans to publish information about DoH for network admins on its Enterprise Blog shortly.

For those using Android 9 or greater who have set a DNS-over-TLS (DoT) provider in the private DNS settings, Chrome may attempt to utilize DoH and, if that fails, fallback to the DoT setting.

DoH and DoT are separate standards for encrypting DNS queries. DoH relies on TLS and HTTP/2 and uses the standard HTTPS port 443 for traffic; DoT relies on TCP as the connection protocol, in conjunction with TLS encryption and authentication on its own port, 853, making it more visible on a network level and easier to block.

In a Twitter post on Monday, Paul Vixie, CEO of Farsight Security and a contributor to the design of the DNS protocol, warned that DoH limits the autonomy of network administrators.

"DoT is not the same as DoH," he wrote. "Both provide TLS-level privacy. But DoT can be blocked in network firewalls. DoH is 'designed to prevent on-path interference in DNS operations' (introduction, RFC 8484). DoT is a universal good. DoH will be a net harm no matter what good it may do."

Earlier this year, he argued that DoH is part of a campaign by US tech companies to control the DNS resolution path, at the expense of those who would prefer to set their rules for their own networks. "There's been a war for control of the DNS resolution path, since at least the SiteFinder debacle and perhaps earlier," he said. 'This is the latest battle in that long war. Big American tech companies want your DNS traffic, any way they can get it." ®