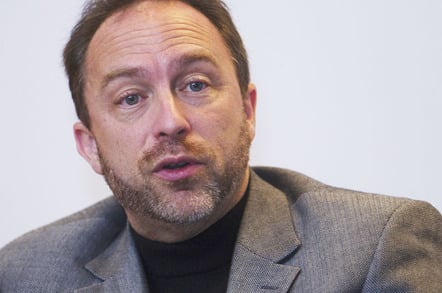 Wikimedia has fingered a massive distributed-denial-of-service attack for outages at Wikipedia across Europe over the weekend.

The encyclopedia's publisher said the attack hit its sites in several countries making them intermittently inaccessible. At the time of writing, the UK and main European language versions were working.

A statement from the organisation said it, along with other popular sites, suffered occasional attacks from "bad faith actors".

The statement said: "We operate in an increasingly sophisticated and complex environment where threats are continuously evolving. Because of this, the Wikimedia communities and Wikimedia Foundation have created dedicated systems and staff to regularly monitor and address risks. If a problem occurs, we learn, we improve, and we prepare to be better for next time.

"We condemn these sorts of attacks. They're not just about taking Wikipedia offline. Takedown attacks threaten everyone's fundamental rights to freely access and share information."

Responsibility for the attack has been claimed by a person using the Twitter account @UKDrillas – which has now been suspended. Other amateur Twitter detectives had also been blaming whoever had been using that account (needless to say, that might not necessarily be its owner) for attacks on gaming servers including World of Warcraft over the weekend.

A new skids band is in town. @UKDrillas claimed they are behind the DDOS attack of Wikipedia.

You’ll never learn... Bragging on Twitter (or elsewhere) is the best way to get caught. I hope you run fast. pic.twitter.com/f97aj6ttwZ

Whatever their identity, the real DDoSer might be looking at jail time. Just over a month ago in the US, Austin Thomson, AKA Derp Trolling, got two years in prison for DDoSing gaming servers. ®