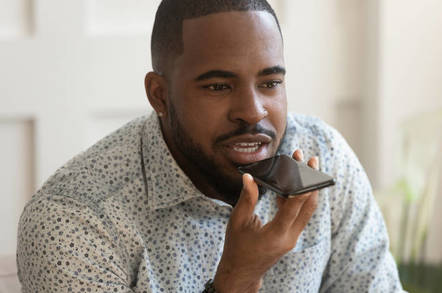 Siri, why am I paying so much for NAND?

Apple is on course to make $18bn in sales in its current financial year by upselling customers to higher NAND configurations on iPhones, iPads and Macs.

According to estimates from Bernstein, a respected Wall Street analyst, Apple enjoys hefty double-digit gross margins on extra GB options of between 75 and 94 per cent.

"Apple charges an average of $50 for every extra 64GB NAND storage, while raw NAND costs $0.1 per GB for Apple," he added.

Based on Bernstein's calculation of iPhone, iPad and MacBook selling configurations, Apple "will generate $18bn+ in revenue and 26 per cent of its total operating profit dollar from upselling 17+billion GB of NAND flash" in FY '19, which ends this month.

Upselling NAND is forecast to account for roughly 7 per cent of the vendor's top line in its current fiscal year, and the iPhone represents some 71 per cent of Apple's overall NAND consumption.

The practice of pushing customers to richer configurations isn't unique to Apple, but Cupertino has made a real success of it. Some seven years ago, Bernstein said a similar analysis of NAND indicated it accounted for about one-fifth of the company's operating profit.

The increase, the analyst suspects, is because "handset OEMs have increasingly shifted profits to add-ons in the spirit of keeping base prices competitive". Analogies with other areas include baggage and change fees at airlines, or servers that have high margin support services. Samsung and Google used to sell models with fixed configurations and included slots to house external SD or nano memory (NM) cards, but they saw how Apple benefited from its pricing strategy and followed suit.

The major crash in memory prices following a period of supply outweighing demand, a trend that won't have eluded Reg readers, has only served to boost the profits that Apple and other vendors make from NAND.

"Not only have raw NAND (and DRAM) costs declined 50 per cent year but consumers have increasingly opted for higher configuration models," said Sacconaghi. Apple, he estimates, makes $65 from upselling NAND per iPhone in the current fiscal versus $45 last year.

The screeching noise, however, might be the brakes being applied to that gravy train Bernstein spoke of as it questions whether 5G networks and more reliable cloud-based storage may "mitigate the NAND upgrade imperative going forward, thus undermining Apple's profitability".

Apple is cushioned from this to an extent, due to its iCloud service. However, that service delivers gross margins of 65 to 70 per cent, and a storage subscription takes four years to yield the same revenues as punting a device loaded with more storage.