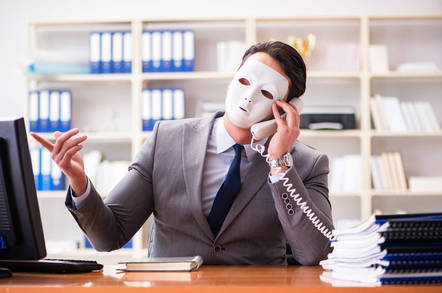 Roundup Hello, here's a list of all this week's AI and machine learning related news beyond what we've already covered. Facebook has turned off automatic facial recognition for its users and the US Department of Defense wants to hire an ethicist to, you know, develop AI for good, of course.

Let's detect deepfakes with a...challenge! AI engineers from industry and academia are collaborating to launch a challenge to advance technology to detect fake visual content manipulated by machine learning algorithms.

The contest, known as the Deepfake Detection Challenge (DFDC), is spearheaded by a long list of names, including: Facebook, the San Francisco based nonprofit the Partnership on AI, Microsoft, as well researchers from Cornell Tech, the Massachusetts Institute of Technology, University of Oxford, University of California, Berkeley, University of Maryland, College Park, and University at Albany-SUNY.

There have been many attempts at dealing with deepfakes, such as implementing digital watermarking or coming up with more offbeat detection methods. It's difficult to catch all of them, however, particularly as it becomes easier and cheaper to generate more realistic photos and videos.

So, Facebook has decided to throw $10m (or about half a day's profit) at the problem. Researchers backing the DFDC will work together to build a dataset as well as give out grants and awards to engineers that want to participate in the challenge. They'll have to craft a machine learning model trained on the given dataset and will be tested on how well it can detect deepfakes. A leaderboard will be set up to monitor the best submissions.

Don't worry, none of your Facebook data will be included in the training dataset, apparently. You can read more about that here.

That means that when you or your friends go on to tag people's faces in pictures, Facebook shouldn't automatically list people's names if they haven't turned on facial recognition for their account.

If you do want to keep that feature, however, then you can choose to turn it on. How to do that exactly depends on when you joined Facebook. It's a little confusing but if you can decipher the announcement, you're welcome.

Miscreants nabbed cash by faking CEO's voice: Machine learning models that can imitate someone's voice to get them to say things they haven't said have been around for a while. And now it looks like some criminals have used that kind of software to mimic a CEO to get an unsuspecting employee to hand over a sum of €220,000 (about £198,789 or $243,000).

The company targeted hasn't been named, according to the Wall Street Journal. But the company's insurance firm said that whoever called them pretending to be the CEO said that the request for cash was urgent and had to be transferred from the company within an hour.

The money was put into a Hungarian bank account before it was shifted to a Mexico and "distributed to other locations". No suspects have been identified yet, but the case could be the first time that such voice-cloning technology has been used to commit financial fraud. It was first reported by the Beeb.

Hm, the DoD wants an AI ethicist?: The US Department of Defense is looking for an ethicist to help the military develop AI technology for warfare.

The Joint Artificial Intelligence Center (JAIC), led by Lieutenant General Jack Shanahan, was set up by the US Department of Defense to help the US adopt AI and machine learning for national security purposes. Shanahan said the organization has grown to 60 employees and had a budget of $268m this year.

"One of the positions we are going to fill will be somebody who is not just looking at technical standards, but who is an ethicist," said Shanahan. "We are going to bring in someone who will have a deep background in ethics, and then the lawyers within the department will be looking at how we actually bake this into the Department of Defense."

JAIC projects include using AI for humanitarian assistance for wildfires, flooding, and the controversial Project Maven, a computer vision system to analyse drone footage that Google pulled out of.

US Army researchers want to build AI bots that can work together: DARPA, the US Defense research arm, is funding research projects that will test out "autonomous machine teaming".

It wants "new approaches for autonomous teaming of physically distributed groups of AI enabled systems (multi-agent systems) when there is limited opportunity for centralized coordination," according to its Federal Business Opportunities page.

An example of these systems includes things like unmanned aerial vehicles (UAVs), satellites, ground sensors, and robots. At the moment, human teams are responsible for controlling such systems. DARPA wants to build machines that are capable of reasoning from different input data so they can make decisions automatically without human supervision.

The total value awarded for this project is limited to $1m. ®