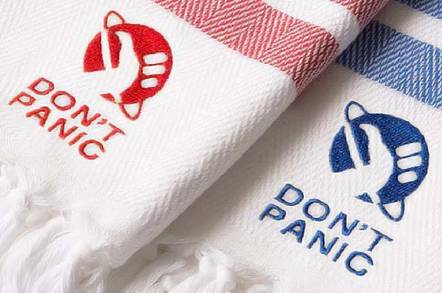 Mathematicians have finally cracked the sum-of-three-cubes problem for the geek-friendly number 42.

The puzzle, set more than half a century ago in 1954, challenges you to solve the equation x3 + y3 + z3 = k, where x, y, z are integers and k is an integer from 1 to 100. Some values of k are impossible to solve, and the solution for the number 42 was considered particularly tough to find. That shouldn’t be too surprising since it is the Answer to the Ultimate Question of Life, The Universe, and Everything, after all. And now it has been cracked.

Andrew Booker, a professor of pure mathematics at the University of Bristol, in the UK, and Andrew Sutherland, a research scientist in computational number theory at America's MIT, have managed to do just that with the following values of x, y, and z.

These monstrous 17-digit numbers were found by running an algorithm on more than 400,000 PCs running the BOINC-based Charity Engine, a project that pools together computing resources from millions of volunteers to create one giant number-crunching network. “The computation on each PC runs in the background so the owner can still use their PC for its usual tasks,” Sutherland told The Register.

The software used to crack the problem for 42 is basically the same code used for the number 33, previously found by Booker and published in the Research in Number Theory journal.

“There probably won't be a new [research paper] on 42 because the maths hasn't changed much from 33. To me the most interesting aspect of the latest computation is our use of crowd sourcing,” he said.

The difficulty of the problem depends on the particular value of k. By playing around with numbers, it’s easy to show that there are no solutions for some numbers of k, such as 4, 5, 13, or 14, Sutherland explained.

“It is conjectured that for all other integers k there is a solution, and there is a heuristic - or rule of thumb - one can use to get a rough estimate for how large the smallest solution should be. This estimate depends on particular arithmetic properties of k, such as its prime factorization. Among the k below 100, the values k = 33 and k = 42 were expected to be the two most difficult, with k = 42 = 2 x 3 x 7 being the single most difficult, and this proved to be true!”

In other words, using the tactic of prime factorization to split larger numbers into their primes can’t be used for 42, since 2, 3, and 7 are already prime numbers. Now, that 42, considered the hardest number to possibly solve under 100, the conundrum can be increased to all numbers up to 1000. There are still 12 numbers below 1000 with no known solutions, Booker said.

"I feel relieved. In this game it's impossible to be sure that you'll find something. It's a bit like trying to predict earthquakes, in that we have only rough probabilities to go by. So, we might find what we're looking for with a few months of searching, or it might be that the solution isn't found for another century." ®

Magic hash maths: Dedupe does not have to mean high compute. Wait, what?

Do the numbers, Einstein: AI is more than maths as some know it

Why logic is driving graph databases