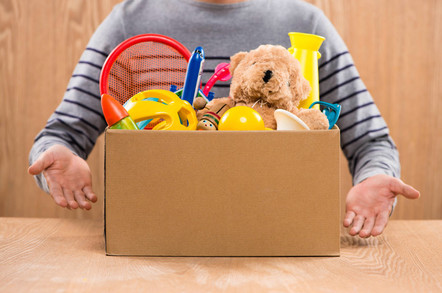 Microsoft has attempted to clear the murky waters of its Windows Insider programme by stowing its virtual coin toss for those on the Slow Ring.

Unlike previous releases, Microsoft has turned on the new features for all Insiders.

The previous arrangement had some users running build 18362.10014 with the new toys turned off while all the good little Insiders on build 18362.10015 had their stockings stuffed with goodies.

It was a little frustrating, particularly for users who had signed up to the Insider programme to actually test stuff prior to release (which was the whole point, right?)

It's more Marx (Karl, not Groucho) than Orwell this time around, though, with the Windows Insider team declaring that all Slow Ring Insiders are equal, presumably after having their fill of testing the delivery mechanism planned for 19H2. The largesse does not extend to those in the Release Preview ring, who might be on 18363.329 or 18362.329 depending on their luck.

All Insiders on the Slow Ring will now be able to have digital assistants, such as Alexa, activate from beneath the lock screen and create events directly from the calendar flyout on the taskbar. Battery life should be better for "certain processors" and there are a truckload of improvements to notifications, including the ability to turn off notifications from apps or a website from the notification itself.

Enterprise users will also be able to get their hands on some significant new features without having to wait for the virtual coin to fall their way. Defender Credential Guard for ARM64 devices and the ability to fire up desktop Win32 desktop apps in Windows 10 S mode via Intune will be of particular interest.

The Key-rotation feature for the rolling of secure recovery passwords on MDM managed AAD devices for the unlocking of a BitLocker protected drive will also be handy. ®