They paid us before we paid them, said Gary Szukalski 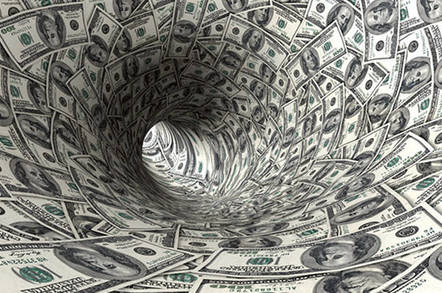 Autonomy trial A former Filetek sales and marketing man has told London's High Court that the firm received money from Autonomy before paying it back as part of reciprocal deals.

Gary Szukalski alleged, in response to questions from Hewlett Packard Enterprise barrister Conall Patton, that software house Filetek engaged in round-robin sales with Autonomy that were structured so that precise sums of money left Autonomy's bank account and rested a while with Filetek before being mostly repaid.

You can read our collected coverage as background here.

Referring to an $8.8m transaction in 2009 that HPE claims was proof that Autonomy had used Filetek as a means of padding out its reported revenues with fake deals of no commercial value, Patton asked Szukalski about a deal involving Storhouse, one of Filetek's main software products, and IDOL, one of Autonomy's flagship data analytics suite.

"He did," replied Szukalski.

Szukalski, who now works for Lynch's infosec company Darktrace, replied: "That is correct. Net positive Filetek… I very much remember these conversations because it was exciting for us at Filetek."

You scratch my back, I scratch yours

Patton asked about the timings of payments between Autonomy and Filetek. HPE alleges that in their reciprocal deals, Autonomy always paid Filetek first to make sure that the smaller company had funds with which to pay its half of the deal. In HPE's view, this is proof that the deals were frauds set up purely so Autonomy could pretend that its published revenues were higher than they truly were.

"In other words," said Patton, summing up a series of emails from the court's evidence bundles, "if Autonomy paid you early, that would give you the cash to pay them on time?"

"That is correct," confirmed Szukalski, who went on to say that "there wasn't going to be anything in the written contracts about Mr Egan's agreement to pay early."

Patton dug deeper: "So the idea there is that the written contracts actually provide that Autonomy would have to pay Filetek 10 days before Filetek has to pay Autonomy?"

"Yes," said Szukalski. But he later clarified his answers, saying: "We would be certainly willing to buy Autonomy software, OK, at that point, irrespective of a barter transaction or the subsequent Storhouse purchase, but not at $8.8m; at some number less than that number."

Later still, Szukalski, who was in the witness box for a day and a half, agreed with Patton's suggestion that the eventual price of the 2009 deal was higher than it would have been had Filetek just bought the IDOL licence without Autonomy wanting a reciprocal element of it.

"So you wouldn't have agreed to pay the price that you did agree, in the absence of Autonomy's agreement to buy Storhouse at the price that Autonomy was agreeing to pay?" asked Patton.

Szukalski replied: "That is correct."

The former Filetek man also claimed that in 2010 Egan "coached" Filetek through sham negotiations for another reciprocal transaction, with Patton showing the court emails that he implied had been pre-agreed over the phone so as to make it appear as if they were genuine proposals made without prior knowledge.

Autonomy and Filetek, he said, struck a deal in March 2010 with deferred payment terms. That May, Autonomy paid Filetek $11.5m two days before Filetek repaid half the sum. Filetek paid Autonomy the other half of the $11.5m with "the money that it had received from Autonomy" in June, as Patton summarised it with Szukalski's agreement.

Thus the revenue was recognised in Q1 for that year, ending in March, with the money having finished moving to and from Filetek before the end of Q2.

On top of that, the ex-Autonomy bod said the company handled all of the negotiations for a sale of an Autonomy software licence to the US Department of Veterans' Affairs, with Filetek just "holding the paperwork" for the deal on Autonomy's behalf as a one-off reseller, earning $1m for doing so.

He explained to the court: "There are reseller partners that act as pure fulfilment partners… who have no expertise in the technology or selling technology but they're just used as a simple contractual vehicle and they get a certain percentage of margin, like we did."

Szukalski, who is now channel chief at Darktrace, also said that he and Filetek chief exec Bill Loomis had been advised not to discuss the Autonomy case between themselves "per the recommendation of both our counsel, the US SEC and the US Department of Justice".