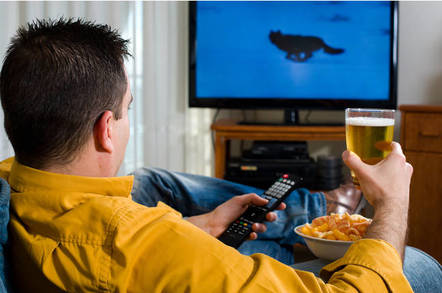 The former boss of BT, Gavin Patterson, is to join US software giant Salesforce offering "strategic guidance" to its European business.

Patterson will join the company in the newly created role of chairman for Europe, the Middle East and Africa – which is understood to be a part-time position.

Despite officially leaving BT in February, Patterson has continued to receive a total of £1m in pay and pension until October – on the condition he doesn't get another job before then.

As October is only a month away, it seems he is ready to prise himself off his sofa take on a new challenge.

In a statement today, Patterson said: "Salesforce is a special company with an enviable track record and phenomenal future opportunities in EMEA.

"I look forward to supporting this team of talented leaders as the business moves into its next phase of growth."

Patterson agreed to leave the telco after five years in the role, with BT citing the "need for a change of leadership" following disappointing results and a flagging share price.

It is the second recent high-profile appointment made by Salesforce. In August, the company announced former Virgin Money boss Jayne-Anne Gadhia as its new UK CEO .

The Register also revealed that former permanent secretary of the Department for Work and Pensions Robert Devereux is due to be joining the cloud giant.

Earlier this week, Salesforce's executive veep of EMEA, Chris Ciauri, left to join Google's cloud arm after 10 years in the role. Ciauri took over the president of EMEA role.

Salesforce's co-CEOs, Marc Benioff and Keith Block, said: "Gavin is a highly respected leader and innovator, and we're thrilled to welcome him to Salesforce as our EMEA chairman.

"His extensive experience in digital communications, customer engagement and systems delivery makes him a powerful addition to our EMEA team as we head into the next phase of growth and customer success in the region." ®

* We can't say for sure that's what he was doing. It could have been Homes Under The Hammer.