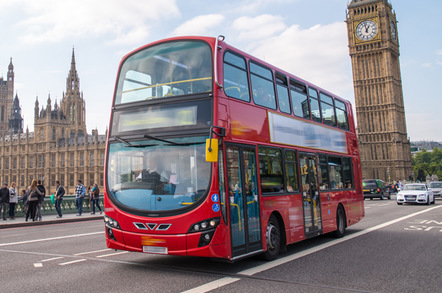 "Today we put the wheels back on the Great British bus," said chancellor of the exchequer Sajid Javid in his autumn spending review – the day after the opposite happened to the wheels of government.

Javid announced £200m of increased funding "to transform bus services, making best use of technology and promoting decarbonisation", pointing out that his father was a bus driver so he knows the importance of public transport.

The announcement was part of proposals to pump £14bn into public spending (although in the time-honoured fashion, some of that cash appears to be a re-announcement).

In a major blow yesterday, the government lost the vote on MPs seizing control of parliamentary business, meaning Parliament will attempt to pass a bill today to block a no-deal Brexit.

Javid acknowledged he was "delivering the spending round in unusual circumstances", adding that "we must not forget that Brexit is not all that matters to the British People".

However, the chancellor did also set aside £2bn in 2020-21 to help the UK establish a new relationship with the EU "and capitalise on the opportunities created by Brexit".

Day-to-day departmental spending will now grow by 4.1 per cent above inflation in 2020-21 compared to the previous year. For the first time since 2002, no government department will see a cut to its day-to-day budget, said The Treasury.

The announcement also included a £6.2bn increase in NHS funding next year, including £250m "for ground-breaking new AI technologies".

But as David Williams, senior policy advisor at NHS Providers, pointed out, that figure was first put forward in the 2018 budget.

For once, the budget was light on technology announcements. The accompanying spending review document (PDF) mentioned £100m to increase security in prisons through the introduction of more airport-style security scanners, mobile phone detection and prevention technology.

It also reiterated "continued funding" to support HMRC's Making Tax Digital for VAT, increase the uptake of HMRC's digital services, maintain its IT infrastructure and consolidate the HMRC estate into 13 large, modern, regional centres by 2023.

And as for Boris Johnson's big ambitions to get full fibre to everyone by 2025, we'll just have to wait.

The budget promised that "further detail on how the UK will make progress towards its ambitious targets for full fibre broadband will be set out in the National Infrastructure Strategy this autumn". ®

How's that plan to break with monopoly suppliers going?