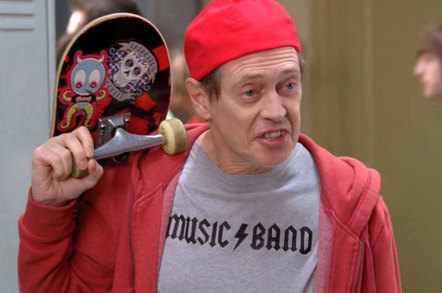 We've said it before, we'll say it again – Facebook has been overrun by old people. And now someone's bothered to dig out some data to back that up.

Analysis from digital marketing types Mulley Communications has observed UK youngsters fleeing the antisocial network in their droves this year.

In January, 2.7 million 13-to-19-year-olds were mindlessly scrolling their newsfeeds. By September, that figure had dropped to 2.1 million.

In comparison, there were 3.7 million people aged 65 and over trying to befriend their grandchildren on the platform in January, falling a tad to 3.6 million by September – meaning there are now 1.5 million more British pensioners on Facebook than teens.

Desperately scraping for a quirky angle, Mulley assumed that since women over 65 using Facebook number 2 million, compared to 2.1 million teens, there would soon be more nans on the platform than yoof, meaning "we can officially rename the social media giant to Granbook".

Rolls right off the tongue, doesn't it? Though we're sure Zuck would have a thing or two to say about that. We prefer Boomerbook.

Meanwhile, the number of 40-pluses fell from 18 million in January to 17 million in September, and 50-pluses remained flat at 11 million. Of the 37 million people on Facebook, 21 million are 35 and over, and there are "more people over 35 using it than people under 35". Mulley added that by 2040 "the majority of people on Facebook will be over 40".

Where are the kiddiwonks going then? Have they been reading The Register and headed off into some cool, secret IMAP server?

No, Mulley suggested teens are casting off Zuck's yoke to settle in on Instagram, which now has 23 million UK users. Yes, the same Instagram also owned by Facebook, Inc. For you social mediaphobes out there, Instagram is a photo-oriented network and not a cocaine delivery service.

The analysis said that people had "anecdotally" cited the Cambridge Analytica brouhaha as a reason for leaving, which is sensible enough if you haven't swapped Facebook for Instagram, and also an attempt to reduce screen time. So it might be that the platform's original audience is finally growing up.

Facebook was once only for university students. It was started at Harvard, founder Mark Zuckerberg's alma mater, in 2004, and its success soon saw it rolled out to other Boston institutions. By late 2005, Brit students found themselves being encouraged to sign up.

It was something of a "safe space" for adults-in-training to be morons together online, and thus the age of social media really took off.

A year later, anyone with an email address could have a Facebook account. That meant no more photos featuring the powder-encrusted coffee table or that time Phil was so blackout drunk, you thought it'd be funny to empty the household rubbish on him. (Users also started protesting about a "creepy update" that they said "violate[d] user privacy and ought to be scrapped". Quite.)

It was the coming of the mothers. Fathers, grandfathers and grandmothers soon followed.

Some picked up on how to comport themselves online quite quickly – many more did not. Among the hip millennials still clinging to the house fire that is Facebook, this became known as boomerposting, which is marked by a deafness to context and irony, general outrage at the "youth of today" and an inexplicable fixation on "minions" from the children's film Despicable Me.

One of the finest internet movements to come out of this Granbook phenomenon is the Facebook group called "A group where we all pretend to be boomers". Members basically attempt pitch-perfect posts as if they were in that 65+ age bracket. It's pretty funny.

The popularity of the platform among older folk was otherwise put down to the proliferation of smartphones – often with the Facebook app pre-installed – and that it is largely a way for scattered families to stay in touch.

Speaking of, when was the last time you called Nana? ®