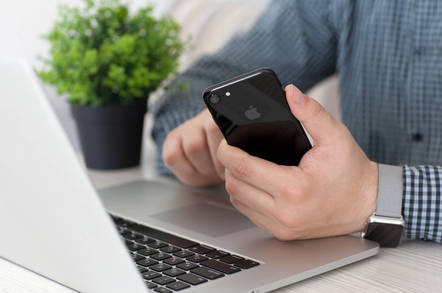 EU citizens living in the UK will finally be able to use the settled status app on iPhones from October - the same month the UK is due to leave the European Union.

So far around one million EU citizens living in Britain have applied for settled status, with at least 2.6 million yet to do so. It is currently unclear what their status would be in the event of a no-deal Brexit.

There are some people that have been working in NHS for 20 years and should be on the database, but can’t be found

The app was launched on Android phones earlier this year and runs on Dutch firm InnoValor ReadID app. Users are asked to take a selfie and then scan the chip in their passport using their phone’s near-field communication reader.

Apple devices have so far been unable to scan passports, as the iOS APIs did not allow access to the iDevice's NFC hardware by any non-Apple apps. This also had implications for other ICAO 9303 compliant systems with contactless (RFID) chips, such as the Netherlands DigiD online ID system.

However, at its Worldwide Developer Conference in June, Apple announced plans to unlock its mobile OS's NFC for user authentication in the forthcoming release of iOS 13. That is currently available as a developer beta only and is expected to be available to the public in September 2019.

Nicolas Hatton, CEO and co-founder of the3million, the group representing EU citizens in the UK, welcomed the news as "long overdue".

He said: "I have an iPhone and haven't been able to apply." But he said there is a broader problem with the scheme. "Overall the app itself has worked quite well - although it's not the most user-friendly wording." The bigger issue is Home Office databases not being able to find citizens, with the department's figures – revealing one-third of applicants are receiving pre-settled status.

"Once you enter your ID and National Insurance details it cross references that information with the pensions database, NHS database, the contributions you've made to find out if you've been here for five years. If it can't find you, you get pre-settled status which means you are not entitled to the same benefits.

"There are some people that have been working in NHS for 20 years and should be on the database, but can't be found." He said in the event of a no-deal EU citizens will have until December 2020 to apply, but added there will be a large number of people who will need to have their status correctly determined. "This could be another Windrush scandal."

A Home Office spokesman said: "We have been working closely with Apple and expect the first IOS version of the EUSS app to be available in October.

"The use of the app is entirely optional and is just one of several ways people can verify their identity, including by post."

Around half of mobile devices in the UK, including tablets, run on iOS, according to Statista. Previously iPhones did not have any NFC hardware at all. But from the iPhone 6/SE onwards iPhones do have NFC - the capability it uses for Apple Pay. ®