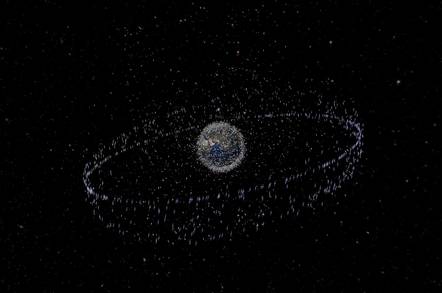 The European Space Agency (ESA) accomplished a first today: moving one of its satellites away from a potential collision with a "mega constellation".

The constellation in question was SpaceX's Starlink, and the firing of the thrusters of the Aeolus Earth observation satellite was designed to raise the orbit of the spacecraft to allow SpaceX's satellite to pass beneath without risking a space slam.

For the first time ever, ESA has performed a 'collision avoidance manoeuvre' to protect one of its satellites from colliding with a 'mega constellation'#SpaceTraffic pic.twitter.com/kmXvAgpj1U

The ESA operations team confirmed that this morning's manoeuvre took place approximately half an orbit before the potential pileup. It also warned that, with further Starlink satellites in the pipeline and other constellations from the likes of Amazon due to launch, performing such moves manually would soon become impossible.

If plans to orbit thousands more satellites (to bring broadband to remote areas, or inflict it on air-travellers, for example) come to fruition, the ESA team reckons that things will need to be a lot more automated. Acronyms such as AI have been bandied around to create debris and constellation avoidance systems that move faster than the current human-based approach.

We contacted SpaceX to get its take on ESA's antics, but nothing has yet emerged from Musk's media orifice. If it does, we will update this article accordingly.

While this is a first for a "mega constellation", ESA is well practiced at dodging satellites, although mostly dead ones (or debris.) In 2018, the boffins keeping track of things had to perform 28 manoeuvres. A swerve to miss an active spacecraft is, however, unusual.

Aeolus itself was launched on 22 August 2018, and is designed to acquire profiles of the Earth's winds, handy for understanding the dynamics of weather and improving forecasting.

You can make your own joke about nervous squeaks of flatulence as scientists realised that the spacecraft, designed to spend just over three years in orbit, was headed toward a possible mash-up with one of Musk's finest.

The incident serves as a timely reminder of the risks of flinging up thousands of small satellites to blanket the Earth with all manner of services. Keeping the things out of the way of each other and those spacecraft with more scientific goals will be an ever increasing challenge if the plans of Musk et al become a reality. ®