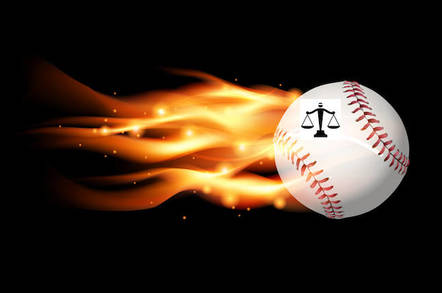 Both Vodafone and TalkTalk have lodged an appeal against Ofcom's change in regulations with the Competition Appeal Tribunal, the mobile operator's legal department confirmed in a conference call this afternoon.

In its Business Connectivity Review (PDF) released in June, Ofcom announced plans to relax the regulation of BT's wholesale lease prices to encourage providers to build their own networks.

Ofcom said at the time "it did not want to set the wrong incentives by making access to BT's existing network a more attractive commercial proposition than building new networks where this is feasible."

She said the increase in lease costs will be passed onto customers and also affect Vodafone to the tune of "millions" of pounds. The wider estimated cost to businesses is £230m over the next 20 months.

Lamprell added it will affect Vodafone's ability "to compete in the business market" forcing it onto a price point "that is higher than it needs to be." It will also raise the cost of rolling out 5G, which requires a fibre backhaul, the lawyer claimed.

She said: "We have engaged thoroughly with Ofcom on this... the problem is this time, despite all the evidence, they have come up with a conclusion based on regulatory policy as opposed to evidence."

Vodafone is already building its own network to connect five million UK properties with "full fibre" internet connections, in a partnership with broadband network specialist CityFibre to achieve the goal by 2025.

However, in the enterprise market, Vodafone is still heavily dependent on BT's Openreach.

"The problem is [that] in [the] business market, there is a massive disincentive for businesses to switch," she said. Around 97 per cent of businesses are on the BT/Openreach infrastructure and most are reluctant to change because of the disruption involved, said Lamprell.

Vodafone has launched the appeal against Ofcom's ruling that BT does not have significant market power in the Central London Area; its decision not to set the charge control as a cost-based price cap; and the decision not to impose a price cap in areas identified as "high network reach".

The mobile operator said it expects the process to take seven to 12 months.

The Register has asked Ofcom and TalkTalk for a statement.

An Ofcom spokesman said: "Our rules have been designed to boost investment in high-speed data links, which is vital to the UK being a world leader in fibre and 5G technology. This litigation threatens to hold back that progress for people and businesses, so we’re extremely disappointed some companies have chosen to put commercial interest ahead of the national interest."