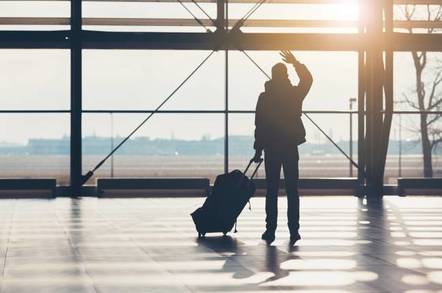 Chris Beard announced today he will be stepping down as CEO of Mozilla at the end of this year.

After five and a half years of leading Moz, and 15 years in total with the Firefox maker, Beard says he will give up the hot seat, though he won't be leaving the organization completely: he will stick around albeit no longer in charge of everything.

“Earlier this morning I shared the news internally that – while I’ve been a Mozillian for 15 years so far, and plan to be for many more years – this will be my last year as CEO,” Beard said in a statement.

"Today our products, technology and policy efforts are stronger and more resonant in the market than ever, and we have built significant new organizational capabilities and financial strength to fuel our work. From our new privacy-forward product strategy to initiatives like the State of the Internet we’re ready to seize the tremendous opportunity and challenges ahead to ensure we’re doing even more to put people in control of their connected lives and shape the future of the internet for the public good.

"In short, Mozilla is an exceptionally better place today, and we have all the fundamentals in place for continued positive momentum for years to come."

Faced with falling Firefox installation numbers, Beard has shaped Mozilla to craft faster and more privacy-oriented browser builds to attract netizens back to the fold. The latest major release of Firefox, version 68 in July, for instance, highlights what exactly installed browser extensions can access on your computer. Meanwhile, among various other projects, Mozilla has fostered and championed the security-and-speed-focused systems programming language Rust, a C/C++ successor used to build rewritten core components of Firefox – as well as loads of other bits of software.

Beard said he will search for Mozilla's next chief executive, and if he hasn't found anyone by the start of 2020, executive chairwoman Mitchell Baker will head up the organization as interim boss.

“Chris’ tenure has seen the development of important organization capabilities and given us a much stronger foundation on which to build,” said Baker.

"This includes reinvigorating our flagship web browser Firefox to be once again a best-in-class product.

“It includes recharging our focus on meeting the online security and privacy needs facing people today. And it includes expanding our product offerings beyond the browser to include a suite of privacy and security-focused products and services from Facebook Container and Enhanced Tracking Protection to Firefox Monitor." ®