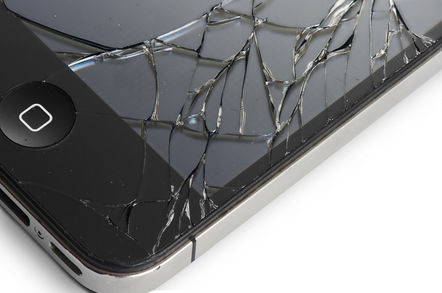 On Thursday, Apple introduced a program that will allow independent computer repair shops access to the same resources available to Apple Authorized Service Providers (AASP), a significant policy shift that could help level a market the company has been deterring unauthorized battery replacements and lobbying against right to repair legislation.

Jeff Williams, Apple’s chief operating officer, characterized the program as an effort to better meet customers' needs. "When a repair is needed, a customer should have confidence the repair is done right," said Williams in a statement. "We believe the safest and most reliable repair is one handled by a trained technician using genuine parts that have been properly engineered and rigorously tested."

Apple said it will provide independent repair shops with "the same genuine parts, tools, training, repair manuals and diagnostics" at the same cost as those items are offered to AASPs. To participate in the program, repair shops will have to have an Apple-certified technician on staff.

"The right to repair is a movement that is gaining momentum across the nation and – while more work remains to be done – today's announcement demonstrates that companies have the capacity to give consumers greater choice."

"It's an excellent first step," said Jon Kennedy, a technician at San Francisco Computer Repair, in a phone interview with The Register. "They're not going to be shooting themselves in the foot anymore."

Kennedy said a lot of independent repair shops have been forced to buy counterfeit parts from China because authorized parts weren't available from Apple. He cautioned however that the details of Apple's new program haven't been made clear.

Devil in the details

Apple, he said, has emphasized that you need authorized parts, but that's not true. "There are a lot of counterfeit parts that are actually darn decent," he said, though he observed that lithium ion batteries deserve special consideration due to potential safety issues.

Apple, he said, recently removed access to diagnostic tools independent repair shops depended on by putting them behind what amounts to DRM. If repair shops had access to the latest Apple Service Toolkit, he said, "it would be probably even better than getting parts from Apple."

Kennedy noted that one emerging barrier not addressed by Apple's new program is dealing with security hardware during repairs. Touch ID and Face ID, he said, can present problems, particularly when they're broken and device owners who relied on those sensors for device access have forgotten their passwords. If repair shops had a better way to deal with those components, "it would save a lot of people's sanity and family photos," he said.

Elliot Harmon, activism director at the Electronic Frontier Foundation, in an email suggested Apple's new program will be helpful but fails to clarify the legal status of repair-oriented activities.

"Although this move will hopefully lead to customers being able to repair their Apple products more quickly and affordably, it doesn't address the thicket of laws and unfair user agreements that cast legal doubt over activities like repairing and modifying our own devices," said Harmon.

Heading off laws at the pass

In a phone interview with The Register, Gay Gordon-Byrne, executive director of The Repair Association, said, "I think they're trying to take the heat off," referring to the 20 or so right-to-repair bills under consideration in state legislatures that are opposed by Apple and other technology companies.

Gordon-Byrne suggested Apple is taking a position that looks reasonable but stops short of endorsing the right to repair.

"I suspect Apple is trying to get out of its own way when it comes to saying people shouldn't use unsafe batteries and then refusing to sell them," said Gordon-Byrne.

"It's clear that some batteries are better than others. It would be nice for people to buy good batteries and to know which batteries to buy, but Apple is not the only source." ®