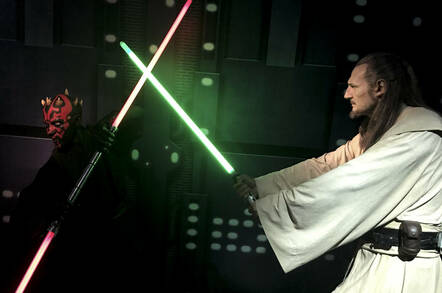 Oracle is having one last shake of the dice by going back to court to try to force the Pentagon to reconsider kicking it out of the running for the $10bn contract to run cloud services for the US Department of Defense.

The long-running battle will see Oracle appeal the July decision of the US Court of Federal Claims which found in favour of the DoD's decision to remove Oracle from consideration for the Joint Enterprise Defense Infrastructure (JEDI) cloud contract in favour of a stringent set of cloud services and government certification requirements.

Requirements for the contract had originally been so tough that only four bidders entered the race: Amazon, IBM, Microsoft and Oracle. The DoD then further tightened security requirements so that only MS and Bezos's lot were left in the running.

Oracle has offered a variety of legal arguments against that decision – labelling the requirements unfair, questioning why the deal needs to go to only one provider and accusing the DoD of fiddling with metrics meant to be used to measure rival bids.

It has also accused Amazon, widely seen as the DoD's preferred bidder, as getting an unfair advantage by hiring two senior DoD staffers who were deeply involved in setting up the JEDI procurement process. Oracle claims that, at the very least, Amazon should have informed the DoD that it was offering the two men jobs.

The Court of Federal Claims opinion in the JEDI bid protest describes the JEDI procurement as unlawful, notwithstanding dismissal of the protest solely on the legal technicality of Oracle's purported lack of standing. Federal procurement laws specifically bar single award procurements such as JEDI absent satisfying specific, mandatory requirements, and the Court in its opinion clearly found DoD did not satisfy these requirements. The opinion also acknowledges that the procurement suffers from many significant conflicts of interest. These conflicts violate the law and undermine the public trust. As a threshold matter, we believe that the determination of no standing is wrong as a matter of law, and the very analysis in the opinion compels a determination that the procurement was unlawful on several grounds.

The battle is likely far from over both regardless of the progress of the lawyers as the deal has also become a political football.

US President Donald Trump weighed in when he belatedly heard the contract might go to a company partly owned by his arch-nemesis Jeff Bezos, also of course publisher of "fake news" provider The Washington Post.

Trump's newly appointed Defense Secretary Mark Esper said earlier this month he would follow his boss's request for a review.

The Pentagon's internal ethics investigators are also looking at the deal. The DoD's Inspector General said just two weeks ago that it was looking at allegations of improper behaviour by Amazon Web Services.

The notice of appeal filing is here. ®