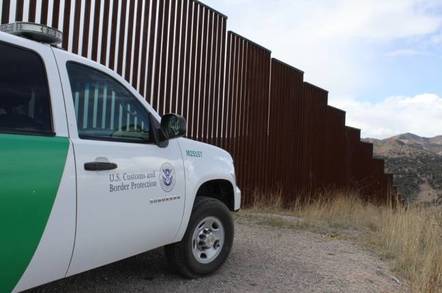 The Electronic Frontier Foundation (EFF) has sued [PDF] the US Department of Homeland Security to find out more about a program where, it is claimed, officers secretly stick GPS trackers on vehicles they are suspicious of as they come through the border.

The EFF has made repeated freedom of information act (FoIA) requests about the program’s policies but has been stonewalled, with Homeland Security's responses claiming any information would contain “sensitive information” that could lead to “circumvention of the law.”

The foundation's main concern is that Homeland Security is carrying out its secret tracking without a warrant, or even anything beyond a single officer’s suspicion. And it points to a recent US Supreme Court decision where it ruled that warrantless GPS tracking was unconstitutional under the Fourth Amendment.

Details of the program came to light last year when customs officers revealed in court filings that they had used GPS trackers without a warrant at the border. Since then the EFF has tried to find out what the policies and procedures are for deciding when a vehicle can be tagged. The relevant authorities have not been keen to go into any detail.

There’s another legal precedent too: a California court ruled that government officials’ use of GPS devices to track two suspected drug dealers without getting a warrant violated the Supreme Court decision, made in 2012, and was government misconduct.

The two men had a tracking device stuck on their truck on the US side of the Canadian border in Michigan and were then tailed to California where they were arrested. An ICE official had signed a declaration saying the approach was consistent with the Supreme Court decision; the California courts felt otherwise.

The EFF is making no bones about its frustration with border agents: “Once again, ICE and CBP prove themselves to be rogue agencies by conducting searches that violate the Fourth Amendment and ignore Supreme Court precedent,” said staff attorney Saira Hussain. “Let’s be clear: the Constitution still applies at the border.”

The EFF’s FoIA request and now the lawsuit is designed to figure out if the border cops are still running similar programs even though they have clearly been ruled unconstitutional.

And in a related case, the EFF is still pushing to find out more about similar warrantless searches of people’s electronic devices at the border. That is going wending its way through the lawsuits but the EFF claims the case is so cut-and-dried that there’s no need for a trial and the court should simply rules that it is unconstitutional to conduct warrantless search on electronic devices, given other recent Supreme Court decisions.

The border issue has come under the spotlight again this week after a Harvard freshman had his visa revoked and was deported after a customs officer found posts written by other people in his social media feed that they felt were anti-US. The student in question had been asked to provide access to their phone and laptop and had done so. ®