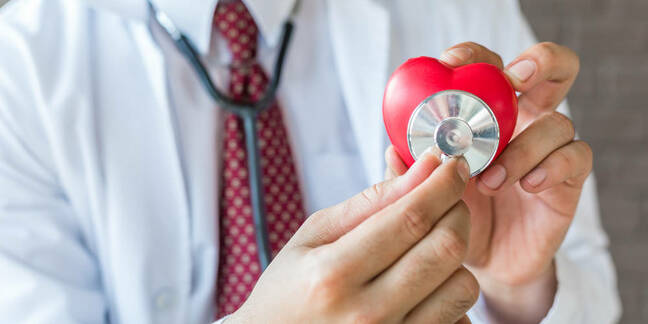 Neural networks can predict your biological age and sex just by analysing the pattern of your heart beats, according to new research published on Tuesday.

A convolutional neural network trained by a group of researchers from the Mayo Clinic College of Medicine and Science, a private research university based in Minnesota, could guess a person’s biological age and sex by studying their electrocardiograms (ECGs) with 90 per cent and 72 per cent accuracy. The details have been published in the Circulation: Arrhythmia and Electrophysiology journal.

The AI doesn’t predict your actual age, Suraj Kapa, a cardiologist and co-author of the paper, explained to The Register. “It is giving us how ‘old’ a person is accounting for the presence of other comorbidities like diabetes or hypertension.”

A patient with multiple health conditions or comorbidities has a higher biological age. By looking at the discrepancy between a person’s biological age measured by the neural networks and their real age, scientists can measure their overall health.

The average error when the machine estimated someone's age was about seven years. In other words, if it guesses your actual age to within seven years you're heart is probably quite healthy. If it predicts that you're way older than you actually are, you probably have some underlying health issues that need sorting out.

Different neural network architectures are specialized for age and sex. Two different models were built, although both were trained and tested on the same set of data. The Mayo Clinic’s digital data vault holds ECG data from some 774,783 adult patients. Here, the researchers extracted 399,750 ECGs for training, 99,977 were used for validation, and the rest of the 275,056 ECGs were held back for testing.

Although it’s well known that sex and age affects people’s ECGs, it’s difficult to understand what exact features the models are learning in order to characterise these properties due to the black box nature of neural networks.

The input ECG is collected by placing 12 patches that record electrical signals emitted from the heart. An electrical field is generated with each heartbeat, said Kapa. “These electrical signals reflect activation and deactivation of individual heart cells. Through this, we can identify specific abnormalities like heart attacks.”

These are then fed into the convolutional neural networks to produce the output estimate someone’s biological age and sex. But what goes on in the middle is a little fuzzy.

“We cannot say through the neural network what specific features were driving the AI to determine an individual is male or female from this clinical test alone and will be the subject of further investigation. However, we do recognize that men and women can exhibit differences on their ECG,” he said.

At the moment the study only considers a person’s biological sex. Kapa admitted that gender was a trickier and more controversial topic to study. “This is why we actually made the paper regard specifically age and sex not age and gender in its final form (see link). In the future we plan to look at gender but this will need to consider hormonal aspects which will require much additional work,” he concluded. ®

Think your smartwatch is good for warning of a heart attack? Turns out it's surprisingly easy to fool its AI

Better ask the human doc in the room

Heart-stopping predictions from AI doctors could save lives

Heartbeat rhythms could be the next biometric authentication method

Do you have a service, Heart, or is that web blackout all there is today?