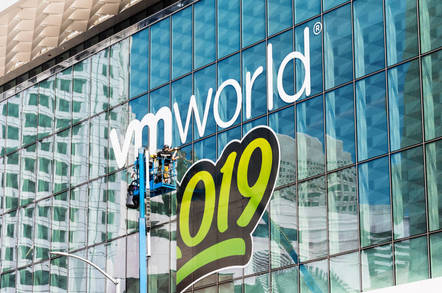 VMworld Ahead of day-two of VMware's VMworld 2019 conference in San Francisco, CEO Pat Gelsinger promised to further overhaul the virtualization giant's reputation in the open-source world.

Before we get to that, let's quickly summarize what we understand will be announced, or bragged about, on Tuesday at the conference.

The Avi Networks Platform has been rebranded to the VMware NSX Advanced Load Balancer following VMware's acquisition of the biz in June. As well as load balancing, as its name suggests, it also has firewall and monitoring features.

We're reminded that VMware bought AI upstart Uhana this year so that its machine-learning tech can be used, hopefully, to tune 5G radio networks. The VMware Integrated OpenStack (VIO) implementation is now at version 6.0, which support Kubernetes among other improvements. And Pulse IoT Center 2.0 is coming on-prem to complement its software-as-a-service sibling.

'An active and leading contributor'

Finally, in a Q&A with tech journos on Monday, VMware's big cheese Gelsinger acknowledged VMware's reputation in the open-source world is not great, which is a problem given the corp's desire to embrace Kubernetes. The open-source community may not want to work with an organization that's known not to play nice or even participate at all.

"When I first showed up here as CEO seven years ago, what was VMware's rep in the open source community? Bad," Gelsinger said.

No doubt he was referring to the disputes over the GPL and the Linux kernel, the business's strong roots in proprietary code, and so on.

"We were seen as benefiting from, as opposed to contributing to, that rich community," the chief exec added before pledging:

Over the next couple of years, you'll see VMware emerge as one of the, if not the very most, open-source friendly companies in the enterprise space. We will be combining products and services with open source, and be an active and leading contributor, to deliver the best enterprise solutions to customers, whether they be open or closed source.

In the meantime, by the time you read this, the full announcements from Tuesday will land somewhere here, if you want the pure and unadulterated VMware-speak. You can find a summary of Monday's announcements here. ®