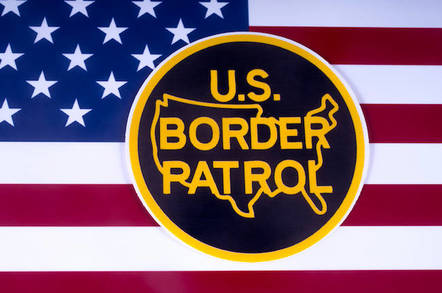 An already controversial policy of searching people’s mobile phones and laptops at the US border has returned to the spotlight after a 17-year-old student claimed his visa was revoked in response to social media posts written by other people that appeared on his feeds.

Adding to the furor is the fact that Ismail Ajjawi was due to start his first year at Harvard University as a scholarship undergrad, had gone through a vigorous vetting process, and has the backing of one of America’s most prestigious educational establishments.

Ajjawi, who is Palestinian and living in Lebanon, spent eight hours at Boston Logan International Airport on Friday before he was denied entry and sent back to Lebanon.

In a statement he later provided to the university’s newspaper, The Crimson, Ajjawi said that after five hours of questioning, a border officer “called me into a room and started screaming at me. She said that she found people posting political points of view that oppose the US on my friend list.”

The same officer had questioned Ajjawi extensively about his religion and religious practices prior to the outburst, he said, and had asked him to unlock both his phone and laptop during questioning – something he agreed to do.

Ajjawi also says that he told the officer in question that he had not made any political statements online, and that he shouldn’t be held responsible for other people’s posts just because they showed up on his social network pages read by the border cops.

“I responded that I have no business with such posts and that I didn't like, share or comment on them, and told her that I shouldn't be held responsible for what others post,” he insisted.

Regardless, his education visa was revoked on the spot, and Ajjawi was put on a plane back to Lebanon, having been allowed a phone call that he used to contact his parents.

The issue of searching people’s personal electronic devices at the border, without a warrant, is already controversial, and at the heart of a lawsuit brought by the EFF and ACLU which claims it is unconstitutional. Border officials claim that they have special powers that do not require them to obtain a warrant.

US Customs and Homeland Security are also being sued by the Knight First Amendment Institute in an effort to force them to hand over the rules by which people have their electronic devices seized and searched at the border. Even without questions over its legality, however, the fact that the reason given for booting him out appears to be posts made by others in the social media feed of the individual in question has struck a chord due to its obvious unfairness.

Uncle Sam's border cops have said they will not comment on a specific individual’s case, though they did acknowledge that Ajjawi was found to be “inadmissible” to the country “based on information discovered" during his grilling at the airport.

This is not the first time Harvard University has had problems with international students gaining admission to the US. In 2017, following the introduction of a subsequently abandoned travel ban instituted by the Trump Administration, four graduate students were prevented from entering the US and spent months in legal limbo while the university worked on resolving the issue. It warned other international students not to leave the country.

And in July this year, Harvard president Lawrence Bacow wrote an open letter to the Secretary of State Mike Pompeo and head of Homeland Security Kevin McAleenan to express his “deep concern over growing uncertainty and anxiety around issues involving international students and scholars.”

In it, he warned that students were reporting “difficulties getting initial visas — from delays to denials” and there were lengthy “postponements and disruptions for what have previously been routine immigration processes such as family visas, renewals of status, or clearance for international travel.”

He went on: “While we support appropriate measures to safeguard valuable intellectual property, national defense, and sensitive, emerging technologies, singling out one country and its citizens is incompatible with the culture and mission of higher education and our national ideals.”

In Ajjawi’s case, Harvard University has said it is trying to resolve the issue before classes start on September 3, and he confirmed to The Crimson that he is in touch with a lawyer. ®

Microsoft: Yes, we agree that Irish email dispute is moot... now what's this new warrant about?

Redmond backs down without actually backing down

Cops told: No, you can't have a warrant to force a big bunch of people to unlock their phones by fingerprint, face scans

Bad luck, Ecuador. Your cleaners must really want their cupboard back by now

Do you run on a cloud Down Under, where data's shared and governments plunder... Oz joins US, UK in info search-warrant law

Australia says it will exchange personal deets via CLOUD Act