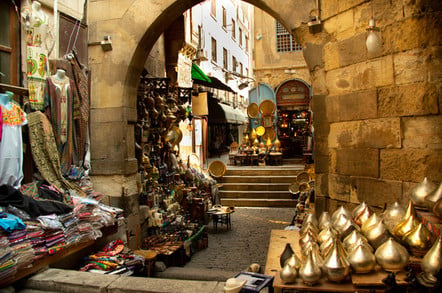 Just like the market stall owner in the The Life of Brian, it turns out internet service providers want customers to bargain with them to cut better deals.

According to a survey from Which?, 87 per cent of those who haggle with British ISPs get more attractive contract rates.

In a poll of 1,000 broadband customers asked why they do not haggle, people said it was too much hassle (24 per cent), do not feel confident (18 per cent), they weren't sure how to (9 per cent), and found it too difficult (6 per cent).

Meanwhile, one in seven said they hadn't haggled recently because they preferred to look into deals.

Which? commented that the prospect of haggling might seem more daunting than it actually is. "It's not like randomly asking for a discount in a supermarket or high street shop – broadband providers both expect haggling and invite it."

Which? didn't specify the savings that those more willing to wrangle over the price of broadband can achieve.

In a separate piece of research last month, Which? found that out of 8,000 customers polled, only around half had ever switched provider.

That is despite contract prices typically going up by around 20 per cent at the end of an introductory period.

Both broadband and mobile operators have come under fire for supposedly penalising loyal customers by putting them on higher contract rates once the introductory offer closes.