Resigns – or punished for telling the truth? Wake up, sheeple! 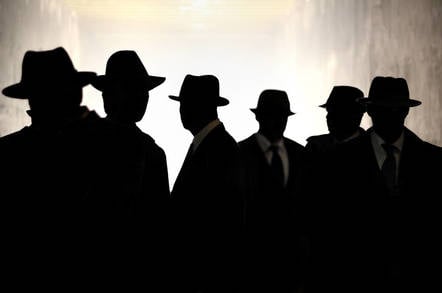 Ten days after releasing a corporate press release that raved about the deep state, men in black, and confirmed his love affair with a now-jailed Russian spy, the CEO of Overstock has quit – in similarly colorful fashion.

If you thought that seeing the public company's share price plummet 38 per cent would sober up Patrick Byrne, you'd be wrong. The 56-year-old took the opportunity he had to resign with grace and decided against it.

"In July I came forward to a small set of journalists regarding my involvement in certain government matters," begins the official Overstock.com press release. And it does not get better.

"Doing so was not my first choice, but I was reminded of the damage done to our nation for three years and felt my duty as a citizen precluded me from staying silent any longer. So, I came forward in as carefully and well-managed fashion as I could."

By carefully and well-managed, Mr Byrne means to say that he wrote down a series of increasingly improbable claims in which he tied the investigation into Russian election interference with shadowy forces, the death of a basketball player, the economic recession, and conspiracies against Hillary Clinton, Donald Trump, Marco Rubio and Ted Cruz – and then published them through the official press account of the public company that he oversaw.

Highlighting that this latest press release was following the same stream of consciousness approach that is more common in conspiratorial corners of Twitter than corporate communications, Bryne then undermines his previous sentence about being careful and well-managed by calling himself haphazard.

"The news that I shared is bubbling (however haphazardly) into the public. Though patriotic Americans are writing me in support, my presence may affect and complicate all manner of business relationships, from insurability to strategic discussions regarding our retail business," he notes.

And he's right, having a CEO claim that he "helped the Men In Black shake up Wall Street a decade ago" when all his company does is sell surplus stock from other retailers at a discount is likely to have an impact on how people perceive him and the business he was in charge of.

What looks like an unhealthy amount of megalomania and paranoia is still there though, 10 days later. He continues: "Thus, while I believe that I did what was necessary for the good of the country, for the good of the firm, I am in the sad position of having to sever ties with Overstock, both as CEO and board member, effective Thursday August 22."

Translation: the board has fired me for going mad. In public. And in subsequent worried follow-up calls.

But if you think he's done, you could not be more wrong. "This possibility or even likelihood has been forefront of my mind for just over a year, since certain news became public in July 2018."

By "news", he means that journalist Sara Carter discovered that he had a long-term and seemingly romantic relationship with Maria Butina – a Russian spy who was caught infiltrating the National Rifle Association (NRA) and through that the Republican Party. The Putin agent is now behind bars in America serving an 18-month espionage sentence.

Weirdly, even though this liaison is what has caused Mr Byrne to blow up his entire professional career, he hasn't mentioned his lover in anything but the most oblique terms while cheerfully name-checking Hillary Clinton and the Men in Black.

And then, somewhat amazingly, he insists on double-down on the first press release that caused all the problems: "On July 15 of this year, in the expectation that I might be gone before our recent (August 8) earnings call, I wrote my most detailed letter to shareholders in a long time ('Overstock.com Releases Letter to Shareholders from CEO Patrick M. Byrne'). Here are the key points from that letter that you should know as a shareholder…"

And then, to prove beyond a doubt that we have lost him, he starts raving about everyone's favorite vague-hypegasm technology: blockchain.

"I think the blockchain revolution will reshape key social institutions. We have designed and breathed life into perhaps the most significant blockchain keiretsu in the world, a network of blockchain firms seeking to revolutionize identity…"

OK, that's enough of that. We get enough blockchain bullshit from every other San Francisco hustler. We can do without it from a rug seller.

He then appears to go into the complexities over Overstock's business – which is, presumably, how he managed to get the job in the first place – but with a sheen of magic pixie dust over it all.

"After my ill-fated experiment last year in copying our competition’s strategy, our retail business has recovered to a state of positive adjusted EBITDA… We have the most solid Retail leadership team we have ever had… Chief Marketing Officer JP Knab is the greatest master of Digital Marketing I have ever met… Kamelia Aryfar is a data scientist and Machine Learning specialist of some renown: Dr. Aryfar originally cut her teeth at Etsy, and in her two years with us has led the Machine Learning overhaul of our company."

And so on – like some kind of weird CEO pep-talk that only exists in the movies. And in case you're wondering a "keiretsu" – which Byrne refers to repeatedly in the press release is a Japanese term meaning a group of companies that informally work together. It is often, though not always, equivalent to what Western nations would called a "cartel."

But back to Byrne's meltdown. "Strategically: We have removed the pistol from our temple… we have a first-rate team that is reinventing the company from an ML perspective, and nurturing to maturity our keiretsu of blockchain firms…"

This goes on for quite a bit and is presumably intended to show him as a business visionary but context is everything and it just makes you wonder why the future of a billion-dollar biz was put in the hands of someone who joyfully veers into delusion.

We eventually get back to his resignation. "I believe that going forward my presence will definitely not be conducive to such strategic discussions. And if the hors d’oeuvre that was served recently caused the market such indigestion, it is not going to be in shareholder interest for me to be around if and when any main course is served."

Yep, I don't think the board is going to miss him. But he has a parting shot. "For three years I have watched my country pull itself apart while I knew many answers, and I set my red line at seeing civil violence breaking out. My Rabbi made me see that 'coming forward' meant telling the public (not just the government) the truth. I now plan on leaving things to the esteemed Department of Justice (which I have doubtless already angered enough by going public) and disappearing for some time."

Look, we get it Patrick, the whole world feels like it's gone crazy right now. The head of the world's most powerful country just cancelled an important diplomatic trip because he didn't like the way that that country's prime minister had rebuffed an especially idiotic idea to treat global politics like a real estate deal. None of this is normal. But using corporate press releases to rave about the men in black and political conspiracies is not the way to go about it.

"I wish all shareholders a smooth and level road," he signed off. You too, mate, you too.

Overstock's share price recovered 11 per cent and counting this morning. ®

Autonomy Trial Just another few months of others' testimony to go