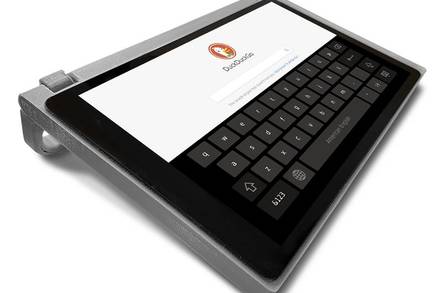 CutiePi is a tablet based on Raspberry Pi 3

A team of Taiwanese engineers is planning to release an eight-inch tablet based on the Raspberry Pi Compute Module 3+.

The CutiePi, as it's called, has a MIPI DSI (Display Serial Interface) 1,280x800 pixel touch-enabled display, a gyroscope and temperature sensor, 4,800mAh battery, Wi-Fi and Bluetooth, a single USB port, an HDMI port, and a microSD slot.

It runs Raspbian, the Raspberry Pi Linux distro based on Debian. The hardware schematic and even the bill of materials is open source on Github. The size is touted to be 124(W) x 209(H) x 12(D) mm.

The team, which describes itself as "a group of experienced engineers and designers", is about to embark on the Design Validation Test (DVT) phase of product development and hopes to release CutiePi by the end of 2019 with a price "in the $150-$250 range".

The Raspberry Pi Compute Module is the heart of a Raspberry Pi 3 B+ but in a form factor designed for industrial applications. It features a Cortex-A53 1.2GHz processor and 1GB RAM.

A Display Serial Interface is optimised for low power and the Linux driver uses DRM (Direct Rendering Manager). The team intends to use QT Wayland Compositor for the UI, which is more efficient than the X.org server, but using XWayland to enable X applications to run, including those designed for the Raspberry Pi Desktop Environment. 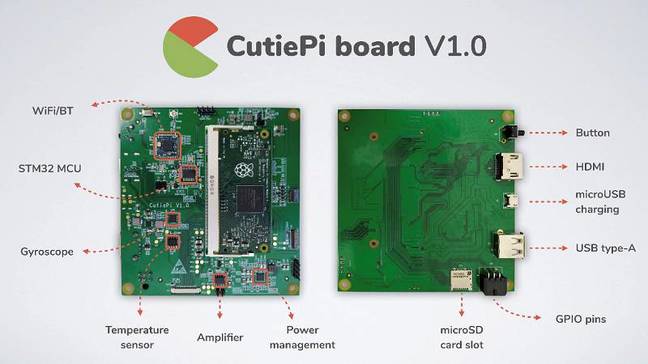 The CutiePi board including the Raspberry Pi Compute Module

The idea of a portable Linux device is compelling, allowing access to a wide range of applications and utilities without the complexities of Android, though its appeal is to enthusiasts and administrators rather than the general public. The CutiePi team calls its tablet "the all-in-one hacking platform" on the project site.

An interesting comparison to CutiePi is the Gemini PDA, which supports both Linux and Android. The company behind it, Planet Computers, is currently crowdfunding an updated device called the Cosmo Communicator, which includes a phone and keyboard. These devices are more expensive than the proposed price of the CutiePi, though. A problem for Planet Computers is that providing a keyboard is expensive, especially because regional variations have to be ordered separately.

CutiePi overcomes this with its tablet format. In addition, the popularity of Raspberry Pi means that the hardware is that bit more standard, improving compatibility.

The Raspberry Pi 3 does look a bit out of date, with the more powerful model 4 now available. Model 4 has higher power requirements, though, so if a Compute Module 3+ can do the job, it may be a better choice for a battery-powered tablet. ®