Microsoft Notepad: If it ain't broke, shove it in the Store, then break it?

For the love of Windows, please leave that poor text editor alone 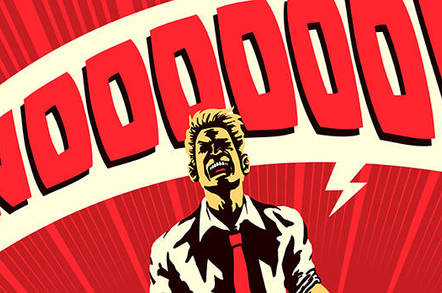 Roundup It's the summer holidays. A good time to do things while nobody's watching. Except The Register, of course. Aside from sneaking Notepad into the Windows Store, last week Microsoft gave Insiders a new 2020 Windows 10 build, added features back into Skype, rounded out Azure's persistent disk storage and prepared a Typescript update.

Welcome to the Store, Notepad

Microsoft's self-described "well-loved" text editor for Windows, Notepad, is to be made "store updateable", a move we hope isn't a precursor to a wholesale jettisoning from the operating system.

One can't help but wonder if the next step might be an open-sourcing (in much the same way as the venerable calculator app).

The Windows giant has tinkered with the ancient text editor over the years, proudly listing line ending support, wrap around search and that indicator to show when a file has yet to be saved as recent additions.

While all are handy, we can't help but worry that such fiddling undermines the Notepad's core functionality as a really simple text editor.

And now the company plans to issue updates to the app from its otherwise moribund Store, ostensibly to allow the gang to have "the flexibility to respond to issues and feedback outside the bounds of Windows releases."

To be honest, this is probably not a bad idea.

Right up until someone decides that a ribbon toolbar, colour highlighting and a colossal speed decrease would be just the thing.

We'd suggest the Windows team has more than enough to be getting along with without prodding at Notepad.

Windows 10 continues to be buffed up with GPU temperatures, virtual desktops and... something else

Microsoft shared a fresh version of 2020's Windows 10 with those eager beavers in the Fast Ring of the Windows Insider programme.

Unlike more recent drops, build 18963 contains some handy tweaks (depending on your position on Microsoft's nice and naughty lists) and some that are perhaps a little more ominous.

First up in new stuff is the long overdue arrival of GPU temperature in the performance tab of Task Manager. The change sees the current temperature shown beside dedicated graphics cards in Celsius. Odd, considering the US-first approach usually taken by the software giant.

The data has been available via control panels for dedicated GPUs for a while, but it is nice to see Windows 10 acknowledging that it exists. You do, however, need a graphics driver that supports version 2.4 or above of the Windows Display Driver Model (WDDM) to make the magic happen.

The gang has also added the ability for users to rename Virtual Desktops – a handy addition to squinting at a preview. The names will survive a reboot and, joy of joys, include emojis. Sadly, however, even if you've signed up to be an Insider, the capricious bosses of the programme will only be allowing half of the brave souls on the Fast Ring to try it out for the time being.

The long list of general fixes includes showing the correct Network status for those connected via cellular or Ethernet, making search return results after being disconnected from the internet for local accounts and WIN+C popping up the Cortana app for the three users that still care.

Skype marches back to the future

Microsoft continued adding back features that were unceremoniously lost after dropping Skype Classic with the arrival of Split Window view in the desktop version of the messaging platform.

Having added the function to the unloved Windows 10 version of the app in December last year, the desktop version (for Skype Insiders at present) also received the tech last week.

From version 8.51.76.74 for Windows, Mac and Linux, the message app will allow a user to have a contact list in one window and have each conversation open in a separate one.

A bit like how it used to work before the Microsoft axeman paid a visit.

While bringing back Split View on the desktop was a top user whinge, it is dwarfed by the thousands of votes from unhappy users who just really, really want their old Skype back to how it was.

Might have a bit longer to wait on that one.

Microsoft's cloud services have been tossed ever more features with General Availability of Ultra Disk Storage for East US 2, North Europe and Southeast Asia. The tech got a demo at 2018's Ignite conference and is aimed at applications that need massive throughput coupled with sub-millisecond latency. Microsoft cited SAP HANA as a transaction-heavy workload that could benefit.

Naturally, the tier is pricey and users will have to ponder long and hard before shunting workloads to the high-performance tier in order to avoid a shock when that monthly bill comes rolling in.

The Windows giant also took steps to beef up the resilience of Azure's storage last week with the arrival of Geo Zone Redundant Storage, in preview.

When enabled, the tech will simultaneously write three replicas of data over multiple Azure Availability Zones to deal with cluster, data centre, or zone failures while also asynchronously replicating data to another region in the same zone.

The theory goes that an app can carry on reading and writing data when (and let's face it, it'll be "when") one of the availability zones in the primary region has dropped over. If a region has a bad day, Read Access Geo Zone Redundant Storage can be used.

Unlike Ultra Disk (possibly the worst superhero pitch ever), the preview of Geo Zone Redundant Storage is currently US East only.

There is much to like in version 3.6, if TypeScript is your thing, and judging by the 2019 StackOverflow survey, a lot of you seem to like it – it is the third most-loved language behind Rust and Python.

To recap, lurking within the feature list for 3.6 is stricter checking for iterators and generator functions as well better emits for array code and improved support for Unicode in identifiers. TypeScript is also now smart enough to spot if a file isn't using semicolons and, if not, won't add them automatically.

The final release is slated for the end of August, although users keen to play with the new toys can download the thing for Visual Studio 2019 and 2017 or the upstart Visual Studio Code now throught NuGet or npm. ®