Dry patch? Have you considered peppering your flirts with emojis?

Research suggests cutesy comms aid can get you laid 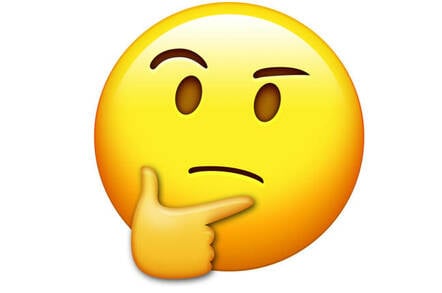 Had much, you know, 👌👈 recently? Perhaps you need to ⬆️ your emoji 🙃 game 🎮 as new research 👨‍🎓 has linked ⛓ using the cutesy online comms aid with going on more dates 💑 and getting laid 💦🍆.

Published in the journal PLoS One, the paper by boffins at Indiana University's Kinsey Institute, which explores "sexuality, relationships, and well-being", analysed data collected from 5,327 American singles aged 18-94.

As part of the annual Singles in America survey, respondents were asked whether they used emojis often in a dating context and why, alongside a grilling on their sex life.

"Participants' motives for using emojis/emoticons with potential dates were that they give text messages more personality (53 per cent), they make it easier to express feelings (23.5 per cent), they are faster and easier than writing a full message (19.9 per cent), and because they are trendy/are used by other people (12.5 per cent)."

The boffins then found correlation between frequent emoji abuse, number of dates and amount of sex had in the past year. "Nearly 30 per cent of this US national sample of adult singles used emojis/emoticons regularly with dates, and most reported doing so because they provide a better outlet for self-expression than strictly text-based messages," the paper said. "Importantly, emoji/emoticon use was associated with more first dates and more frequent sexual activity over the last year."

A follow-up study slimmed the sample size down to 275 adults aged 18-71, tying emoji use not only to number of first dates and sexy encounters, but also "second dates and further meet-ups".

Flashing some doe-eyed smileys 😍 at your love interest apparently makes you marriage material. Those who frequently used emojis were more likely to "see their most recent date again", play tonsil tennis, make the beast with two backs and actually maintain a relationship with that person.

So, how does it all work? The researchers suggest that "people who use emojis more often may be better at forming connections with others". And there might be method to this madness.

Study of emojis is nothing new, and scientists have already discovered that looking at a smiley face online activates the same parts of the brain as when we look at a real human mug, influencing our emotional disposition towards the sender.

We instinctively regard emojis as a form of nonverbal communication – where offline it would be body language, facial expressions, hand gestures or tone of voice – meaning the quirky glyphs serve to enhance the meaning of a sentence, whether we like them or not.

Then you can come back to my place.

Haha! Netflix and chill! Incredible, you're in there. You can tell we're experts at this sort of thing.

However, the study is far from conclusive because others directly contradict it. One from 2017 found that using emojis just makes other people think you're a moron.

So proceed with caution. Oh, and don't do what The Register did. The aubergine (eggplant) is not just a critical moussaka component, but also "the next frontline of online harassment". Oops! ®

Slack cuts ties to IRC and XMPP, cos they don't speak Emoji

Gateways to close on May 15th, leaving you almost ten whole weeks to rebuild integrations